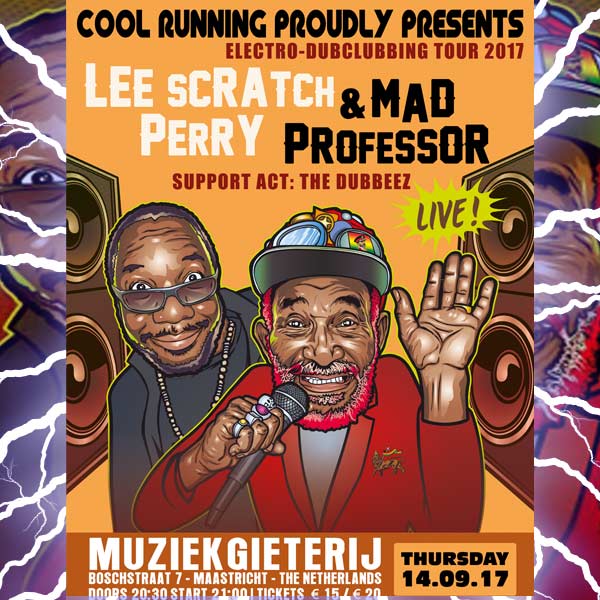 With young Dutch club reggae collective The Dubbeez, who credit Lee “Scratch” Perry as one of their main inspirators, as support act and Mad Professor & Lee ‘Scratch’ Perry being the evening’s headliners, Cool Running in collaboration with M-Town Reggae offered something for the young as well as the old reggae fan on a memorable Thursday September 14, 2017. When the Muziekgieterij venue opened its doors, it was obvious and surely not totally surprising that the majority consisted of an older generation of fans who had grasped the opportunity to see Mad Professor & Lee ‘Scratch’ Perry perform on stage together. 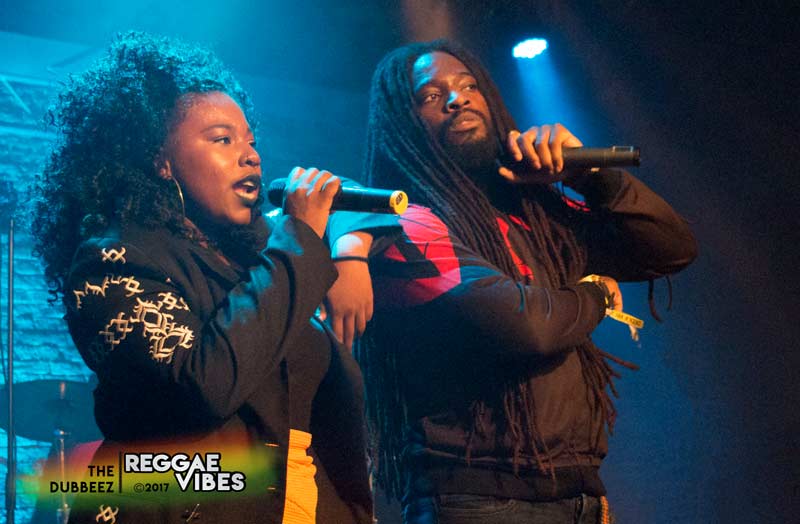 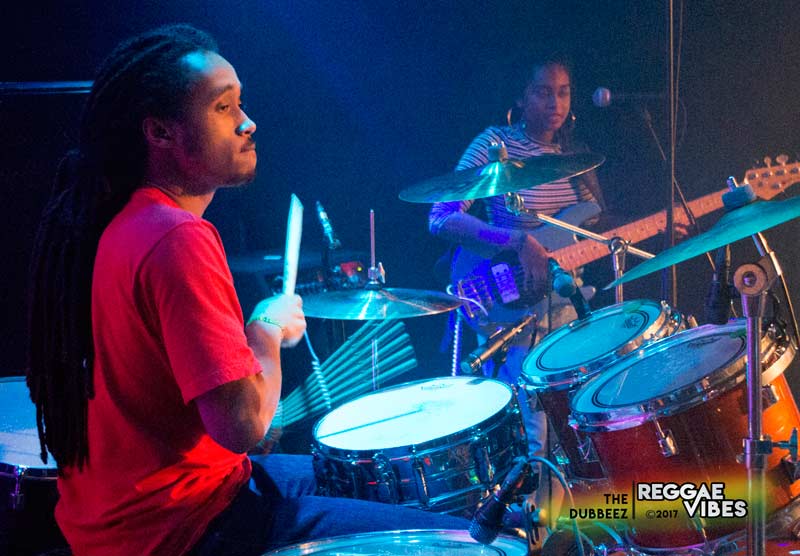 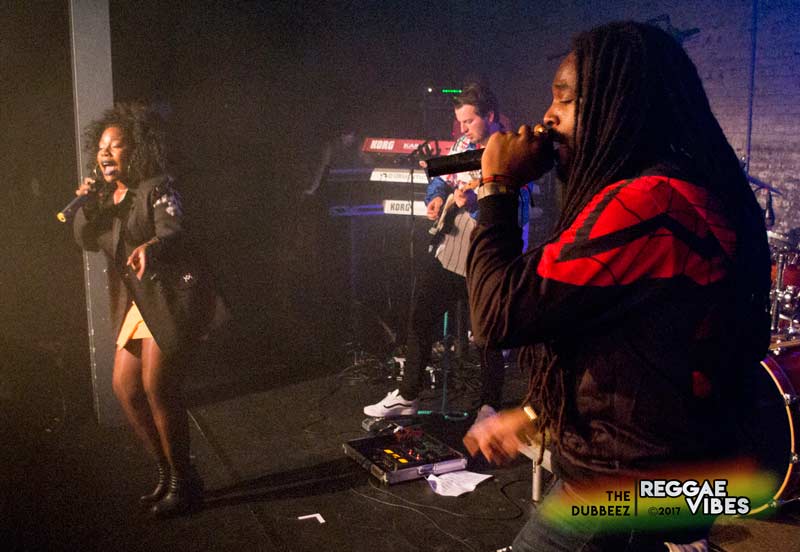 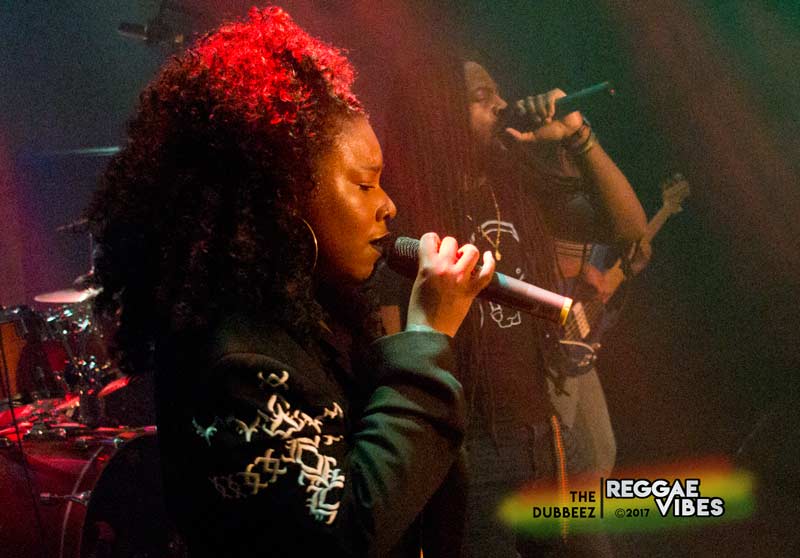 With some delay the five musicians of The Dubbeez, including driving forces Earl on drums and his sister Olivia on bass, came on stage in the well-packed hall. They opened their show with an instantly appealing shimmering instrumental before vocalists Quincy and Joanne joined the other members of the band. Regarding the enthousiastic reactions from the audience in the front rows, it looked like they played a home match. Their infectious energy, glowing vocals and well composed songs created excitement and made people joyful dancing. Especially in the first half of their about one hour lasting show, the Dubbeez made a good impression. But then their show, which included songs like “Hangover”, “Feelings”, “Peace, Love & Dub”, “Dubby” and “Rudebwoy”, started to get too predictable and thus less interesting to keep you involved, something that often happens to young bands. However this didn’t affected the crowd’s enthusiasm and the good vibes. 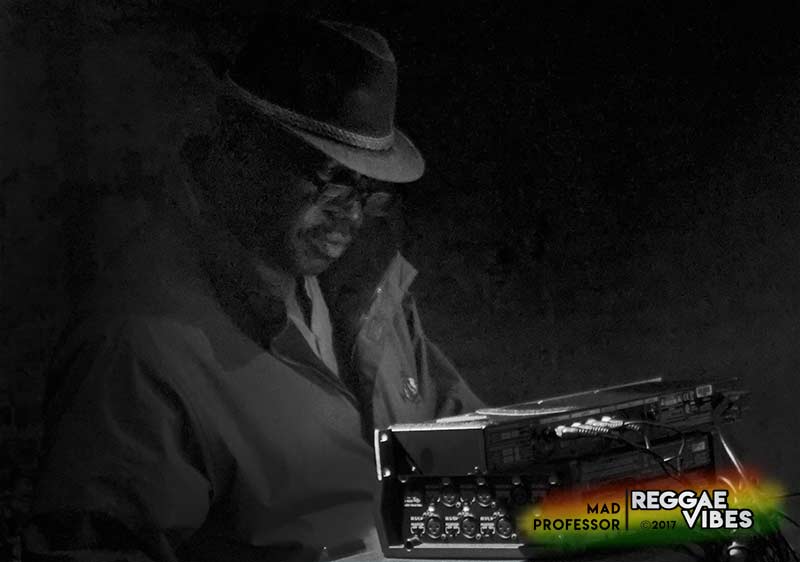 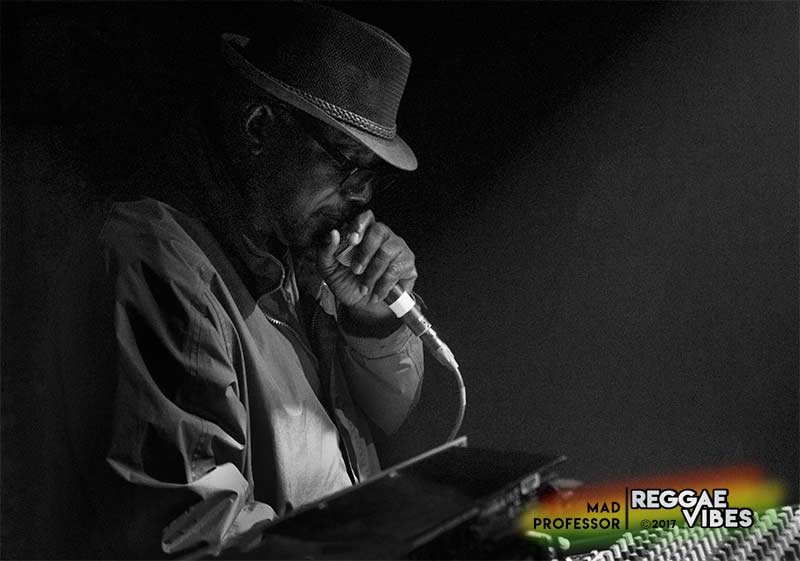 After the change-over it was time for the two dub legends, the entire audience had been eagerly awaiting, to take the stage. Mad Professor started in great style with “Wait A Minute”, and continued to fire on all cylinders during the more than two hours lasting show. After quite a number of appearances in Maastricht in the past two decades, he again was on familiar ground which seemingly brought out the best of him. Effectively manipulating the riddims, some of them being real killers, he provided the perfectly mixed backdrops for Lee “Scratch” Perry. The latter’s eccentricity – which makes that some call him an oddball, while others say it’s because he’s a genius – can’t surpass his enormous contribution to music as the pioneer of dub and producer of everyone from Bob Marley to Max Romeo. 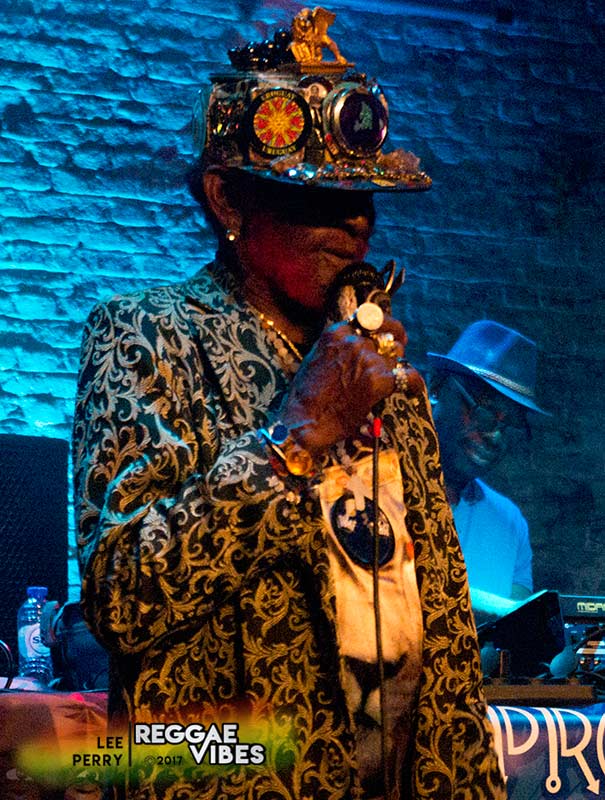 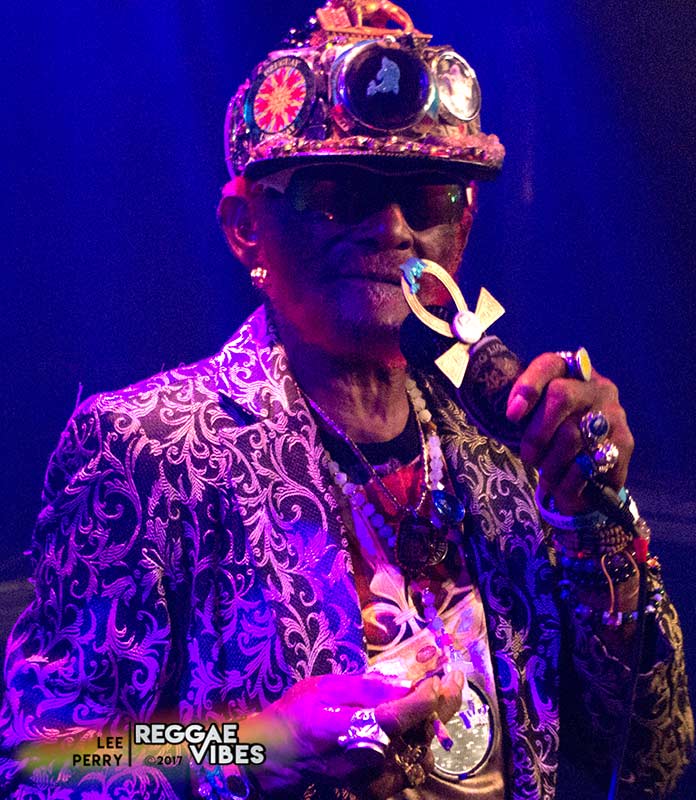 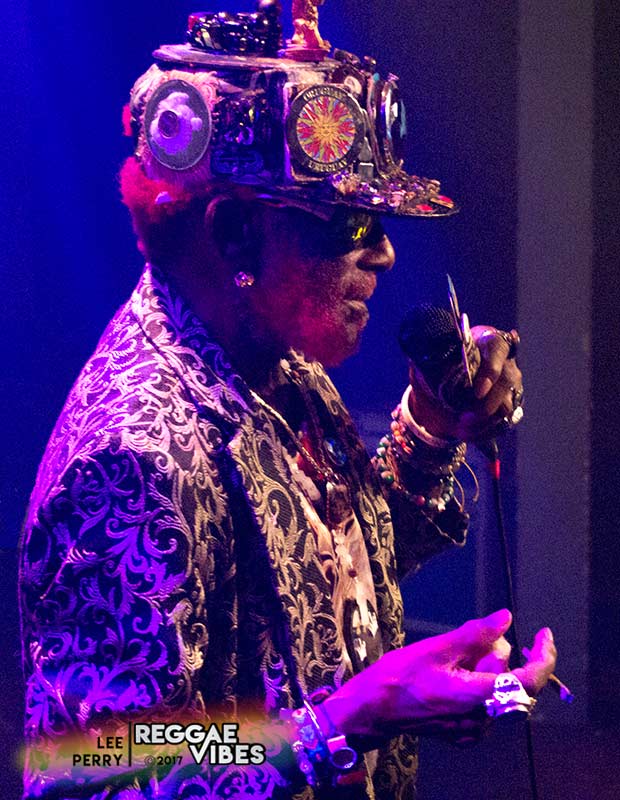 Perry treated the excited audience to Upsetters classics such as “Zion’s Blood”, “Roast, Fish & Cornbread”, a rambling take on “Chase The Devil” (after having called his former neighbour Marvelous on stage), and Marley’s “Sun Is Shining”, “Natural Mystic” and “Mr. Brown”. Scratch’s ‘singing’ sometimes beared the loosest connection to the songs he was performing. He mumbled to himself of Jah-ly matters, freestyled blessings, repeatedly shouted words, ordered red wine and towards the end lighted a spliff, despite the smoking ban in the venue. Perry’s improvisational one-tone sprawl seemingly didn’t upheave anyone as the 81-year-old possesses a childlike, magical fascination with the noises he produces. On the contrary, it led to pure excitement among his many devoted fans, who supported him from beginning to end. Fully satisfied they afterwards stepped into the dark night, enlighted by their intergalactic dub deity. 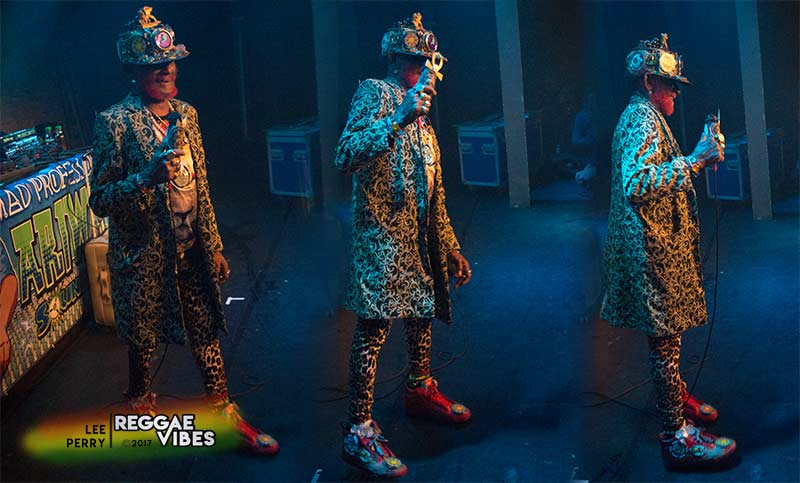