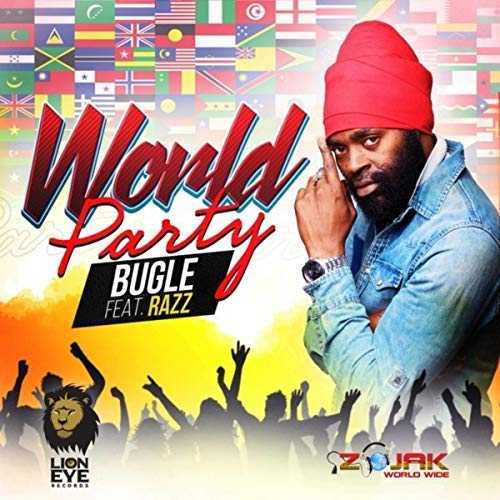 The video matches the single’s feel good tone with stunning visuals captured by Jay Will (Game Over) across various areas in Jamaica.

The single “World Party”, which was released early august 2018, has been making waves across the international scenes, gaining radio play on BBC 1xtra and Hot97. The video matches the record’s feel good tone with stunning visuals captured by Jay Will (Game Over) across various areas in Jamaica. The video also features Jamaica’s songstress and vixen, Jada Kingdom, who adds to it’s beauty and overall appeal.

If you watch closely you may catch a few of Dancehall’s elite such as Popcaan, who also made his appearance on set. Based in the UK and spearheaded by popular DJ Sabz, Lion Eye Records made their debut with “World Party” earlier this year. With singles and riddims in the pipeline, the DJ turned producer looks forward to release more quality music for Reggae and Dancehall fans across the globe. Expect to hear a fusion of genres within his productions, aiming at different audiences around the world. “World Party” is the first single off the upcoming riddim, which is due for release in the coming weeks.