The track is the first single from the singer/songwriter’s forthcoming full-length album on VP Records. 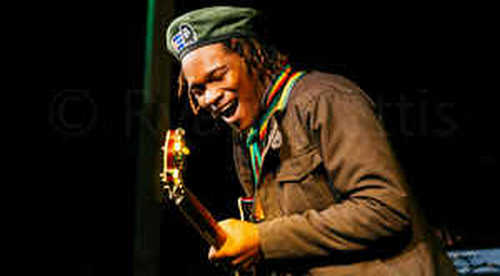 Singer/songwriter Kumar has released his single “It’s Alright” on VP Records along with a lyric video for the pop reggae track. Produced by Robert Livingston and Llamar “Riff Raff” Brown and written by Kumar, the pop infused reggae track is a perfect introduction to the artist whose full length album will be released on the label next year.

The lyric video, produced by Dezignr Studios (Damian ‘Jr Gong’ Marley, Popcaan) flawlessly captures the upbeat energy of the song. Taking the viewer on a journey through the sky, beginning in the clouds and following a spaceship’s lift off from Earth, this video sends the message of the positive lyrics.

Kumar first captured the spotlight as the lead singer for acclaimed roots reggae band Raging Fyah. With distinctive haunting vocals, Kumar picked up a 2017 Grammy Nomination for his work on Raging Fyah’s ‘Everlasting’ as well as millions of streams across Spotify and YouTube. With extensive touring in Europe and the States, Kumar has shared the stage with artists such as UB40, Tribal Seeds, and The Green, to name a few.

In the studio Kumar has put out a steady stream of collaborations including recent duet alongside Alborosie (still with Raging Fyah), the re-imagined Metallica classic “The Unforgiven” in a reggae style, receiving millions of streams across Spotify and Youtube and mainstream radio support in the US. In late 2018 after lengthy deliberation and meditation, Kumar made the decision to leave Raging Fyah and pursue a career as a solo artist focused on pursuing his own artistic vision.