Richie Spice is back with a new single

Richie Spice is back with a new single. 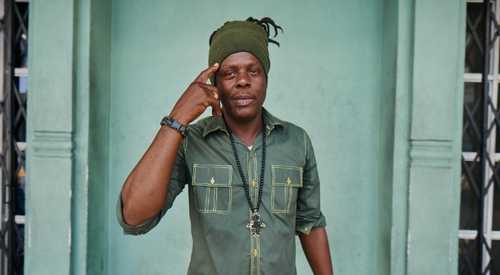 Reggae singer Richie Spice returns to VP Records with a new single featuring Toronto based singer/songwriter Kathryn Aria. The new single combines two of Richie’s strongest themes of love and consciousness. “Beautiful Life” simultaneously presents itself as a lovers tune while bridging together the universal concept of ‘One Love’ for life and consciousness. Produced by Steven Stanley, the song is sure to become a staple in Richie Spice’s already impressive music catalog.

“It’s about the love of life, the connection, togetherness, that Rastafari call “Full Joy”, says Richie Spice on the “Beautiful Life”. “The song expresses the beauty of life whether in the perfection of Mother Nature’s rivers and seas or in the intimacy between two persons.”

Known for his core hit reggae songs “Earth A Run Red”, “Youth Dem So Cold”, “Marijuana”, “Brown Skin” and “Ghetto Girl”, Richie Spice has recorded 8 albums for VP Records in his career, including his debut album “Spice In Your Life” which earned unanimous critical praise.