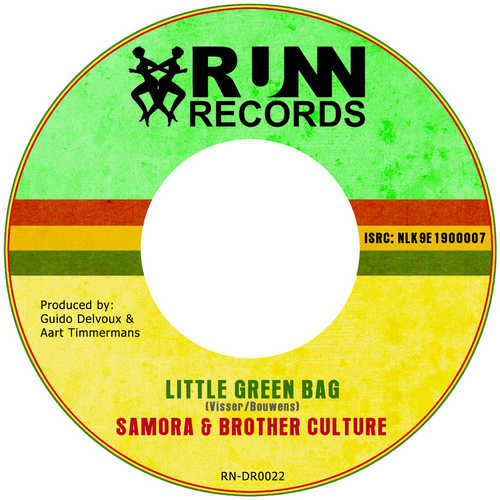 50 years after its original release, “Little Green Bag”, the 1969 hit song from the George Baker Selection which got world wide recognition when Quentin Tarantino used  it for the soundtrack of “Reservoir Dogs”, has been revived by the talented young singer of Surinam descent, Amsterdam-based Samora in collaboration with experienced MC Brother Culture from London. The new version of “Little Green Bag”, now given a catchy reggae treatment, has hit potential and will certainly appeal to a wide public. The song was recorded at Hall 5 in Amsterdam, mixed by Mad Professor at Ariwa Studios in London, and released by Runn Records. Out on all streaming and download platforms.