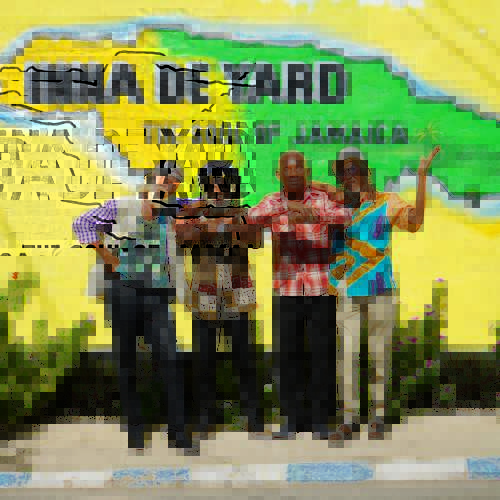 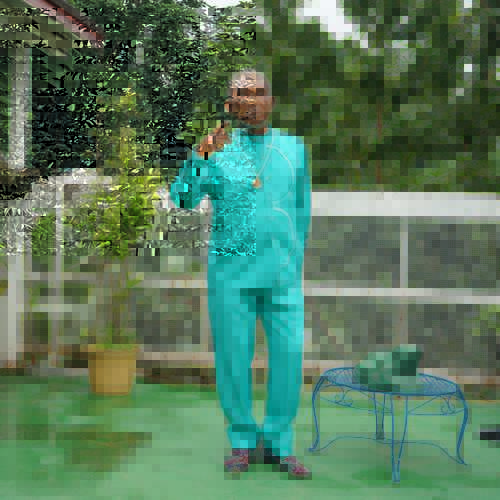 On the green landscapes of Kingston highs, a band of singers gather up for the record of a new album. More than 30 years after their golden age, they are back on a World Tour. “Inna De Yard” is the human adventure of men and women who embody Reggae and wear Jamaica’s soul as a banner.

On April 29, 2019, the Tribeca Film Festival in New York, NY, presents the world premiere of “Inna De Yard: The Soul of Jamaica”, a documentary directed and written by Peter Webber and produced by Gaël Nouaille, Laurent Flahault, and Laurent Baudens. A Tribeca tradition, Movies Plus, offers audiences the unique opportunity to continue the experience of a film through buzzworthy conversations or performances after each special screening. After the Premiere Screening there will be a special performance by reggae legend KEN BOOTHE. It all starts at 8:30 PM at The Marriott Bonvoy Boundless™ Theater from Chase. Screening will also take place on May 1, 2019 at Village East Cinema and May 3, 2019 at Regal Cinemas Battery Park.

A house filled with old vinyl records, perched on the slopes above Kingston. From the garden one can see the hills – the natural spirit of Jamaica is powerful and ancient here. Sounds of percussion ring out – then guitar chords, brass, piano. Reggae rhythms pierce the air and disappear into the mountains. Jamaica vibrates to the sound of the music that made it famous throughout the world.

In the yard, some of the legendary voices of Reggae can be found. Ken Boothe, Winston McAnuff, Kiddus I, Juddy Mowatt, and Cedric Myron, the famous lead of the Congos, to name just a few. They have known each other forever and the golden age of Reggae is in their debt: they’ve sung with the greats in the back rooms of the ghettos, rubbed shoulders with Bob Marley, Peter Tosh and Jimmy Cliff. For the project of Inna de Yard, they’ve reunited to revisit the biggest standards of their repertoire and record a unique acoustic album, returning to the sources of their music. On this occasion, they’ll share the mic with younger singers, representatives of the new reggae stage. Together they’ll unite their energy in a collective, powerful vibration. 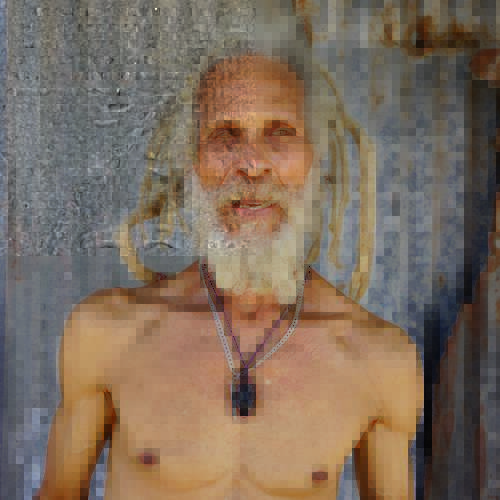 Cedric Myton | The Leader of the Congos 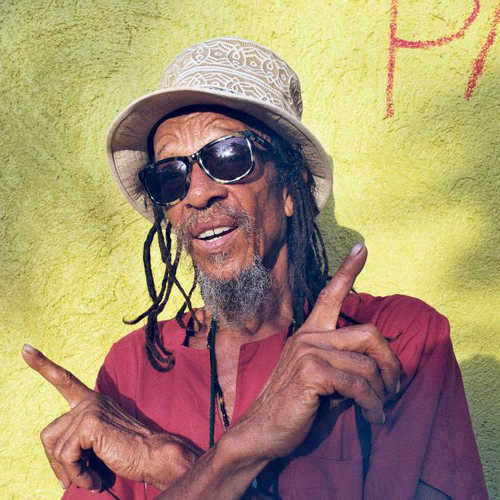 Kiddus I | The Rebel 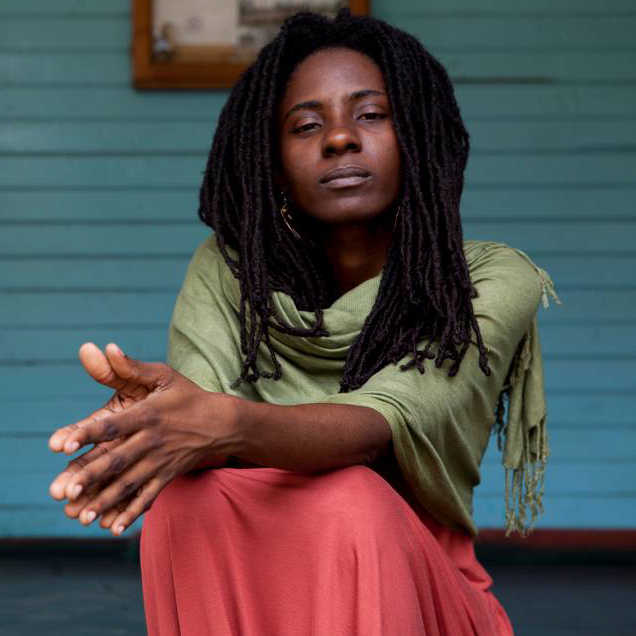 Jah9 | The Spiritual and Political Rasta

Behind the scenes is director Peter Webber. He’s been fan of reggae since the beginning. He tracked the adventure of recording the album, which will be the soundtrack of the film, as well as the everyday life of the singers for several weeks.

With this musical session as the basis of this documentary, he created a portrait of these Rasta artists who have passed through the generations with different levels of fortune. Some have known glory. Some have had fleeting recognition, only to reject the system in order to lead ascetic lives, loyal to Rastafarian culture. They are the last witnesses of the explosion and recognition of reggae. It’s a story in which they’ve each played a part, as each of them have been individually recognised as one of the biggest artists of this musical style by the media and the international press.

All these musicians are Rastafarians, and they embody a Jamaica with a strong identity, which has fascinated the entire world since the ’60s. They are rebels, and come from all social classes; children of vicars or atheists, descendants of slaves or the emancipated, fishermen or jewellery craftsmen, they are either city-dwellers or they live on the coast or in the countryside. They believe in the virtues of plants, in the almighty power of nature… and in the success of this new beginning, which might represent a form of rebirth to them.

Aim of the Film

The aim of “Inna de Yard” – the film, like other big music documentaries such as “Buena Vista Social Club”, “Sugar Man”, or “Amy”, is to get to grips with a musical style, and at the same time witness the intimate lives of the legendary personalities which create it. Built around a series of portraits, and giving star billing to the reggae music which will permeate it from beginning to end, the film invites us on a visceral and musical voyage, and to discover reggae and some of the most colourful people who create and perform it every day. 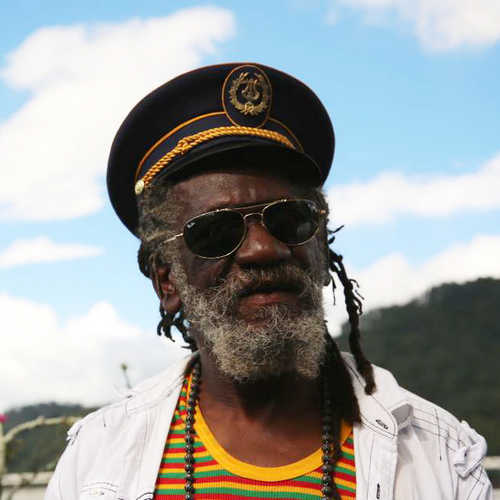 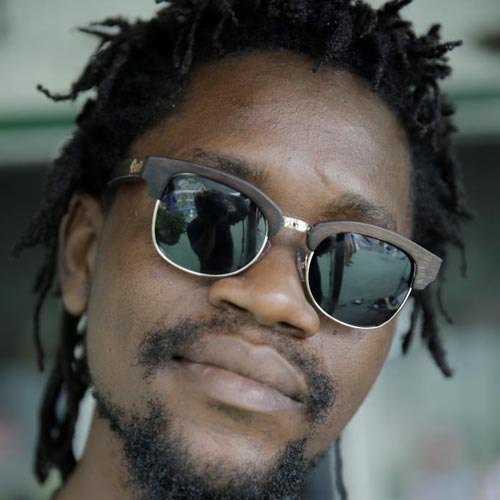 Var | Descendant of the Maroons 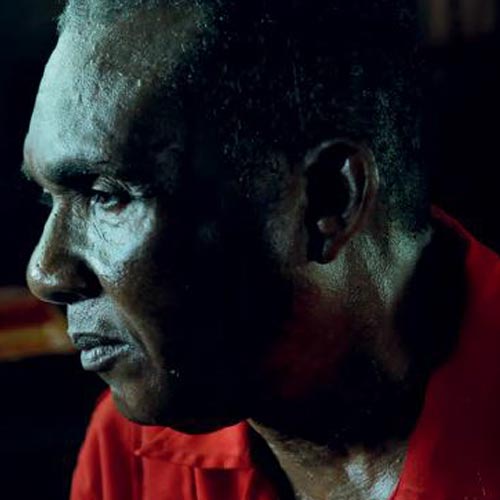 As a teenager growing up in West London in the 70’s, this music was everywhere. There was a large and well-established Jamaican community, and the Notting Hill Carnival, the capital’s biggest street party, throbbed to the sounds of this music. In addition, the punk rockers who were the hippest young bands around were fascinated by the iconography as well as the music. If you were a fan of the Clash, as I was, Reggae was impossible to ignore. Their tireless promotion of this vital new sound from Jamaica, their infamous trip to the Island in 1978, their constant promotion of and name checking of reggae artists from Prince Far I to Delroy Wilson had an enormous impact on me, as did their cover versions from “Police and Thieves” to “Armagideon Time.” Bob Marley’s song “Punky Reggae Party” paid tribute to this unlikely union between the noise rock assault of early punk rock and the mellow sounds of reggae music.

My record collection was soon studded with records like “The Heart of the Congos” by the Congos and Winston McAnuff’s “Electric Dread”. I sought out the few iconic films that captured the world reggae emerged from like “The Harder They Come” and “Rockers.” The world they described seemed exotic, dangerous, and incredibly vital. Like any musical explosion, the vigour and force of the genre eventually dissipated and other forms of music such as Dancehall took their place. But the music never died. A new generation of fans discovered the classic tunes and acts of the seventies and kept the flame of reggae music alive. As a long time fan of the music, it was thrilling to visit Jamaica recently and meet some of my idols from that era, still in rude health and still recording. The excitement of meeting these musicians, hearing stories of the early days when the scene was in it’s infancy, how they survived the lean years that followed, and how they re-emerged in recent years was very inspiring. It was also fascinating to spend time with some reggae artists from the new generation, the youth, brash yet respectful of their elders, proud to bring their own modern twist to the genre.

It became clear to me that there was a fascinating documentary to be made that followed some of the most interesting and charismatic of these characters, delving into the ups and downs of their lives. From the shantytowns to the more rural areas, these characters have emerged from poverty and hardship to tour the world. The elders, the ones I have listened to for years and admired, have survived crooked record companies, street gangs, violent political struggle and as they enter their 7th decade they have stories to tell that will curl your toes and warm your heart. They won’t be around for much longer, and it was a privilege to meet them before they pass on to the heaven promised them by their religion – Rastafarianism. And the younger musicians, well, it’s been hard not to be swept away by their music’s uninhibited exuberance, the power of their voice, their political consciousness, but also the stories they tell.

A film built around these amazing characters would be a fascinating one, emotional and resonant. It would be a portrait of a singular island and a singular people. One of the best and most successful musical films of the last decade was Buena Vista Social Club, a film based on music from the island of Cuba, which is a short hop from Jamaica. The music is as powerful and the characters the equal of anything to be found in that film This is a very personal project for me, one that fills me with passion and enthusiasm and connects me with the teenager I once was, a boy who saved up his pocket money and trekked up to All Saints Road to find the latest Jamaican sounds.

Check the site of the  2019 Tribeca Film Festival to find more info and to buy tickets: www.tribecafilm.com