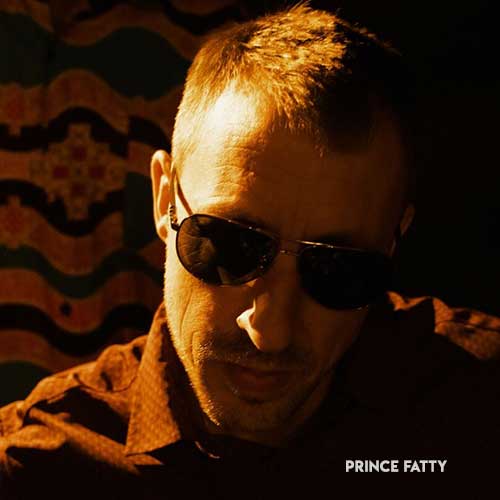 As a special treat for Record Store Day, Prince Fatty has collaborated with UK Reggae heavyweight Earl 16 for this limited-edition rework of William DeVaughn’s 1972 classic Be Thankful For What You’ve Got on 7″ vinyl. In true Prince Fatty style, he has included a Dub on the B Side, which will only be available on the 7″ pressing (limited to 750 units worldwide).

The 1984 Reggae cover by Winston Curtis has become a collector’s favourite (listing for up to $600) and without a repress in sight, Prince Fatty wanted to keep his version limited for those in the know. What better opportunity than to include it in the 2019 Record Store Day?

During a late-night recording session at the now legendary Iron Works studio, Fatty was playing the original when Earl 16 walked into the control room and exclaimed that Be Thankful For What You’ve Got was one of his all-time favourite records. Fast forward an hour and Horseman (drums), Dianne White (bass) and Bubblers (keys) had laid down the instrumental ready for Earl 16’s performance – all captured live in one take!

This was a truly organic recording by one of the UK’s top rhythm sections and needless to say their natural groove has done the original justice.

Prince Fatty quoted this as “One of my favourite songs and a great record, having first heard it sampled in the 90s hip-hop era the lyrics left a mark on me. In the current, over consuming world, the meaning resonates to me even louder. Recorded live in the studio analog style for the modern digital world!”

Artwork has been supplied by Prince Fatty’s long-term collaborator jAKE in his unique hand drawn style.