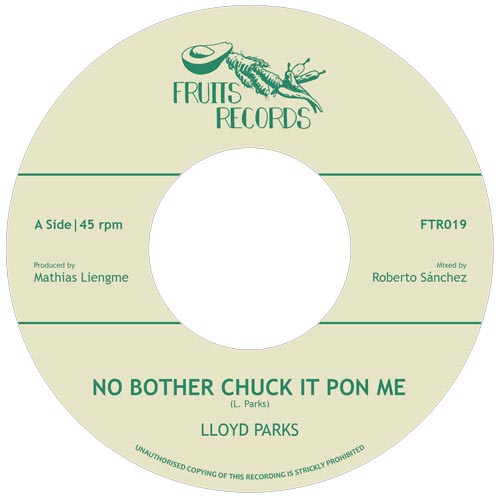 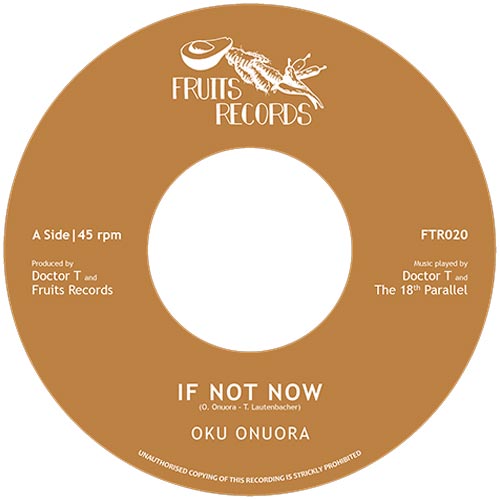 Two new 7″ singles (on regular black wax and on a beautiful limited edition with handmade screen printed and numbered sleeves including a coloured record) have been released by Swiss record label Fruits Records.

Lloyd Parks is one of the greatest bass player in Jamaican music history, but he’s also a brilliant singer. He started his singer carrier in 1967 at Studio One with The Termites and then had numerous hits with songs like “Officially”, “Slaving”, “Ordinary Man”, “Mafia” or “We’ll Get Over It”. In 2013, Fruits Records producer Mathias Liengme travelled to Jamaica to record The Inspirators album, an all stars group gathering Leroy “Horsemouth” Wallace, Lloyd Parks, Earl “Chinna” Smith and Anthony “Sangie” Davis playing and singing together. Taken from these recording sessions, Lloyd Parks’ “No Bother Chuck It Pon Me” is for the first time available on 7” record with a wicked dub version by Roberto Sánchez included on the B side.

Born in Kingston in 1952, dub poet extraordinaire Oku Onuora (born Orlando Wong) is known for his hard hitting socio-political commentaries fused with potent musical accompaniment. Together with people like Mutabaruka, Yasus Afari, Linton Kwesi Johnson and the late Michael Smith, he belongs to a small group of poets who not only publish their engaged poetry in written form, but also use reggae riddims as a vehicle for their poems. Earlier this year, Fruits Records released “I’ve Seen”, Oku Onuora’s highly acclaimed new album. They’ve now selected their personal two favorite poems from the album, “If Not Now” and “Dubword Warrior”, for release on 7” vinyl. This edition is especially made for sound systems. This is a double blast of Dub poetry from these word/music missiles.