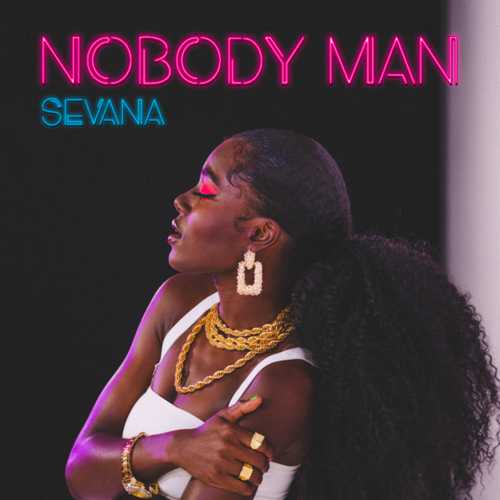 Soulful singer Sevana debuts her brand new single “Nobody Man” (In.Digg.Nation Collective/Easy Star Records). On the bubbly, energetic track, she is changing the narrative by not giving into stereotypes of disrupting relationships. Sevana effortlessly flows between her soaring vocals and bold Jamaican patois, blending traditional R&B/soul that inspires her sound and the Caribbean’s tropical percussive rhythms she was raised on.

Following her 2018 hit “Summer Love,” she passionately delivers yet another powerful statement through her new single “Nobody Man,” produced by JLL. “I wrote ‘Nobody Man’ after a series of unfortunate girlfriends thought I wanted their man, which could never be the case,” Sevana says firmly. “‘Nobody Man’ challenges the narrative of ‘tek a gyal man,’ which is essentially a braggadocio culture around taking another person’s husband or boyfriend,” the multi-talented singer/songwriter adds.

The video for “Nobody Man,” directed by Wade Rhoden is a vibrant showcase of colorful ’90s inspired style and infectious dance routines. Choreography is a new layer to Sevana’s skill set, yet she commands the camera like a seasoned veteran. “While I’m here I want to use all my gifts to support my purpose, which is to create! I know it’s not typical but I want to use everything I have to support the music I’m doing and the messages I’m trying to communicate,” says Sevana.

Sevana is part of the In.Digg.Nation Collective, the label and management company founded by GRAMMY-nominated Protoje. The single “Nobody Man” is available on all digital platforms.