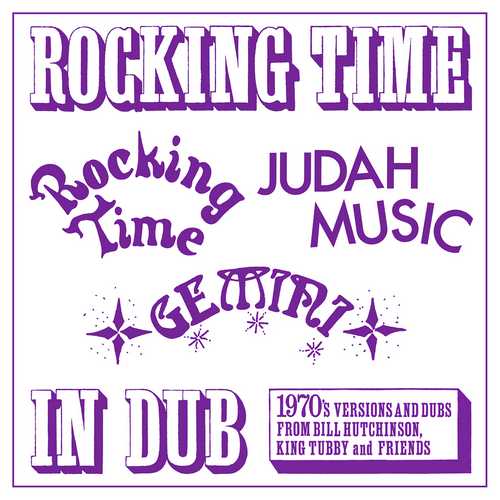 Brooklyn-based DKR/Deeper Knowledge label comes up with “Rocking Time In Dub”, a thirteen track vinyl LP collecting 1970s versions and dubs from the labels of producer and singer Milton “Billy Hutch” Hutchinson, including three previously unreleased tracks. With several tracks mixed by King Tubby himself and several backed by the Wailers Band, plus many other JA musical luminaries, this is a prime collection of real raw ’70s roots reggae in dubwise style. The ten previously released tracks are all culled from rare 45s on Bill’s Rocking Time, Judah Music and Gemini labels. The vinyl platter is housed in a two sided hand silk screened jacket. (Sound player below will play samples of the entire LP)