by Teacher at Reggae VibesAug 2, 2019News 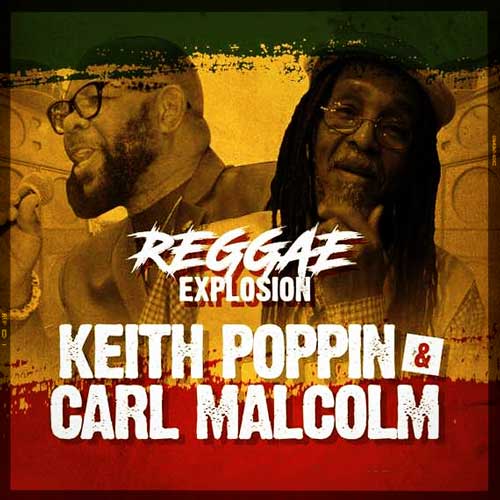 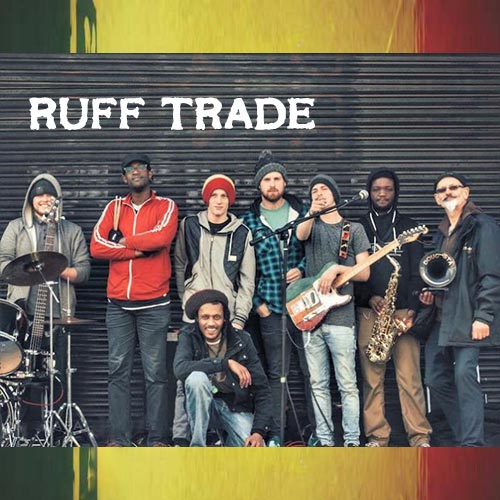 Foundation statesman KEITH POPPIN embarks on his 2019 UK Tour at the end of August. His dynamic performance at 2018 One Love Festival fueled the necessity to continue his musical journey and deliver his Live power further. Keith is going strong after 53 years in the business and a powerful new album is set for release in the coming months. Veteran singer CARL MALCOLM is Keith’s special guest; his first musical trod in UK in many years. Manchester’s rising Lions, RUFF TRADE will provide tight riddim. Having backed the likes of Prince Hammer, Dennis Bovell and Keith Poppin, the cap fits. Don’t miss these historic shows. 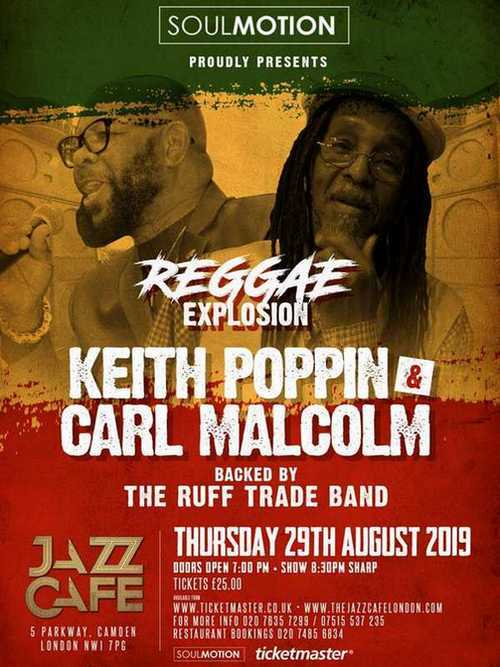 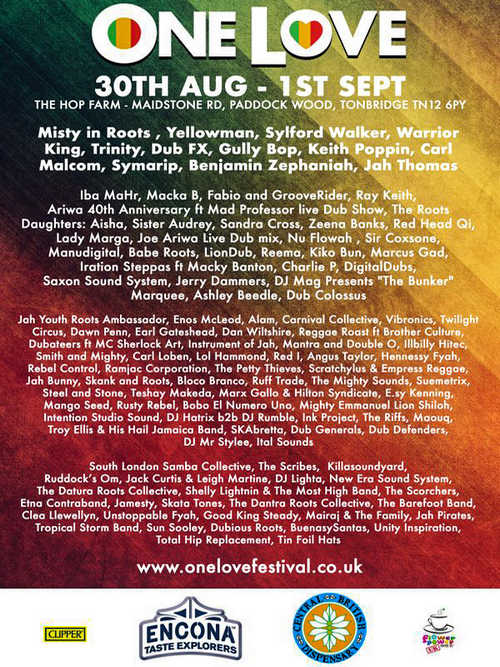 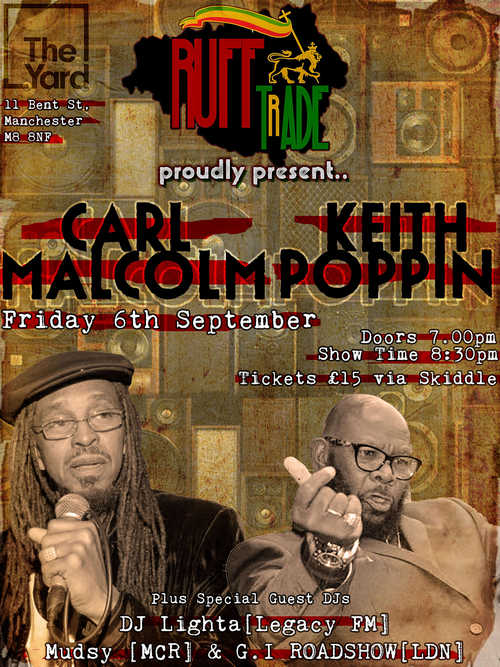 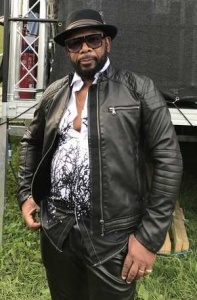 As a young boy growing up in Westmoreland, Keith Smith had dreams of becoming a star and at the age of 17, like many aspiring artists of the time, Keith headed to Kingston to find a vehicle for his talents. Keith’s natural ability and church-honed vocals soon led to him singing back up at Studio One after an afternoon audition with Leroy Sibbles and Clement “Sir Coxsone” Dodd. Keith sang on a few Studio One tracks and even recorded a few with his friends Junior Greene and Winston Neufil as the Robins, credited on some compilations as ‘Winston & Robin.’ He also sang backing vocals on the smash hit “Blood & Fire” by Winston “Niney” Holness aka Niney the Observer.

Keith was soon performing at venues in town such as the Regal and the elegant Ward Theater, dubbed ‘the Apollo of Jamaica,’ while backed by such notable bands as Inner Circle, Soul Syndicate and the Byron Lee and the Dragonaires. In 1968, he formed his own band, Rocking Horse, and began playing at local clubs and festivals. After a string of singles with Rocking Horse, such as ‘Get Together‘ and ‘Hard Time‘ and ‘Righteous Man,’ Keith’s wide vocal range and dynamic studio presence soon earned him the nickname ‘poppin’, from the original slang verb poppin’, as in “poppin’ all the right notes.” He later worked with Lloyd Parks in the early seventies, and in 1973 released his first solo single ‘Same Thing For Breakfast.’ This roots classic marked the beginning of a long and successful recording career, topping the charts in England and Jamaica and selling over 50,000 records.

Now performing as Keith Poppin, his bittersweet wail took him to number one again with the underground anthem ‘Envious’ in 1974, another number one song in Jamaica, and led to the album of the same name released in 1975. Keith continued his string of international hits, with the top five releases ‘Why Make Believe‘ and ‘Someday Girl‘ followed by ‘Who Are You,‘ which cracked the top ten in the UK in 1976 and appeared on the 1977 album ‘Pop Inn’ on the Burning Rockers label. After that came more singles and throughout the late 70s Keith had many additional releases on a variety of imprints such as Taurus, Impact, GG’s Records, Aries, VP, Crazy Joe, Pressure Disk, Chanan Jah, Galaxy, CMS< Lucky Star, Pilgrim, Movements, Blacknuss, World Wide Records, Duke of Earle, Lord Koos, Grimm Ben, Pantomine, Tribesman, Lace Records, Mango and many more. A seasoned veteran and forefather of reggae music, Keith Poppin now lives with his wife Yvonne just outside Raleigh, North Carolina. 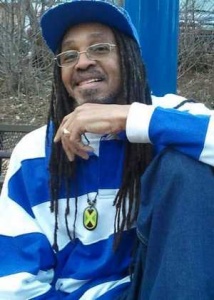 Carl Malcolm (born July 1952, Black River, St. Elizabeth, Jamaica) is a Jamaican reggae singer and percussionist. Malcolm initially learned the keyboard, picking up skills on the instrument at his local Methodist church. He attended St. Elizabeth Technical High School before moving to Kingston, where he worked for a shoe company and was a reservist in the Jamaica Defence Force.

In 1965 he joined his first group, The Volcanoes, alongside Al Brown, the pair staying together until 1969. Malcolm then gave up music while he continued his studies, but returned when he joined the group Big Relations, led by Jo Jo Bennett. Malcolm recorded briefly as a solo artist, recording “Father Free Us” for Clement “Coxsone” Dodd’s Studio One label, before spending time in the United States. On his return to Jamaica he was employed by Rupie Edwards as the branch manager of the Success Records shop at Half Way Tree. He also began recording again and in the 1970s, he rode Jamaican charts with songs like “Miss Wire Waist”, “Fattie Bum-Bum” and “No Jestering”.

He got the big break in 1973 when, accompanied by the Skin, Flesh & Bones band, he recorded “No Jestering” which topped the UK reggae chart when it was issued there in 1975. He had another great success in that same year with the Clive Chin produced “Fattie Bum-Bum” which eventually reached number 8 on the UK Singles Chart. It remained in the chart for eight weeks. Although this was Carl Malcolm’s only mainstream chart success, he had a hit in the reggae charts in 1977 with “Repatriation”, recorded with deejay Ranking Trevor.

Fronted, and self managed by brothers Ryan O’Neill (19) & Christafari O’Neill (30) the Mancunian lads have assembled a band of extremely experienced musicians ever ready to push onwards, their mission to promote reggae music, where sound is never compromised, and keeping it LIVE is always at the forefront of the bands vision.

Ruff Trade have submersed themselves in reggae and its culture, gigging extensively across the UK, and this year look forward to backing legends Carl Malcom & Keith Poppin who will be flying in from the USA to perform at ONE LOVE FESTIVAL, amongst several other UK dates on which RUFF TRADE will be upholding musical backing duties.