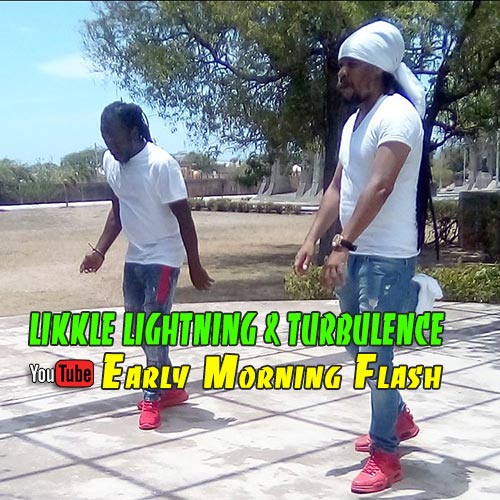 Established reggae artist Turbulence has collaborated with emerging roots singer Likkle Lightning on the remix of Likkle Lightning’s track, “Early Morning Flash”. The original version of the song is on the “Conditions Of Life” album, which was released in January, 2017 on the Sonhi Production label. Having shared the stage with Turbulence on a number of occasions, in both the United States and Africa, Likkle Lightning considers the artist a true friend in the industry. As such, he initiated the idea of a collaboration, which resulted in the “Early Morning Flash Remix” and the release of an official music video.