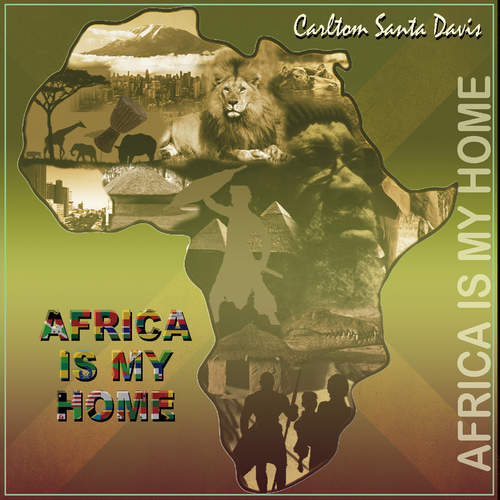 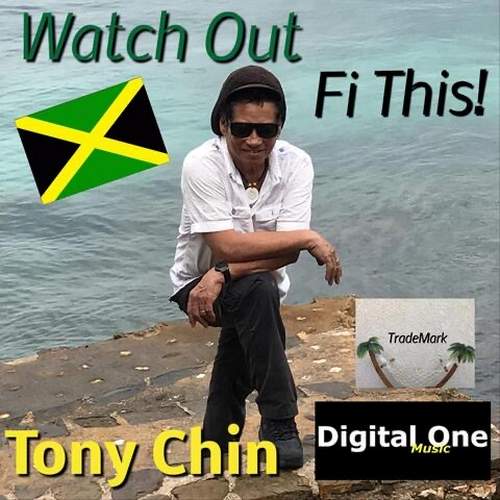 With February’s confluence of earthstrong celebrations for reggae’s king, Bob Marley—this year, his 75th—and its crown prince, Dennis Brown (not far behind at 63), and also, ever since 2008, with Jamaica’s official feting of February as “reggae month,” this time of year has long been one of fond remembrance and rejoicing in the music for reggae fans.

But even better this year, the hot news reggae fans worldwide should take note of and act upon—with alacrity—is: legendary guitarist Tony Chin and legendary drummer Santa Davis, founding members of the Soul Syndicate, the top studio band in Jamaica during the 1970s, who backed virtually all of reggae’s biggest stars (including the aforementioned Bob Marley and Dennis Brown), have each unleashed new solo albums; both are must-have, masterful works executed with inimitable style, styles Chin and Davis refined over the close to fifty years they’ve been professional musicians.

Starting with Tony Chin’s soon to be released album “Unstoppable,” recorded at the Lion’s Den and Digital One Studios (on the “TradeMark” label), this fourteen-track effort showcases Chin’s effortless, irie guitar playing, his truly unique and appealing falsetto voice, and his deep connection to Jamaica and the history of reggae music.

“Unstoppable” has poignant love songs, defiant-but-thoughtful ganja tracks, ballads, and ‘nuff hard-hitting, head-bobbing dub—mixed with earnest rasta livity—that all D.J.s, selectas, selectresses, and the reggae-loving community at large need to, as the one track off of the album Chin has released so far advises, “Watch Out Fi Dis.” (All guitar play and vocals on “Unstoppable” are by Tony Chin; keyboards are by Adam “Jah Mex” Arredondo; “Drummie Blanco” and “Horseman” are on drums; Ricky Dread plays keyboards on all tracks except “Herbs Town,” an adaption of Little Nas X’s popular song “Old Town Road”—Stephen Marley’s keyboardist “Bowie” plays keyboard and percussion on that tune; the album was mixed and mastered by engineer Raymond Valles; and, all songs are written by Tony Chin).

Turning to Santa Davis’s “Africa Is My Home,” this too is a very wicked album whose thirteen tracks ooze heartical, mind-expanding vibes. Released February 1 on Davis’s own “Carlton Santa Davis” label, Davis foreshadowed the release of “Africa Is My Home” during a historic interview with me at his house in Los Angeles in December. During our conversation, Davis talked in depth about the tremendous influence African music has had on his style of drumming; specifically, Davis said that when, early in his career, he started to hear African polyrhythm drum sounds: “It took me back to Africa. I started to go back in time. And I felt this connection, because I was like I’ve heard this before. Because you know we’re all connected?”

Of course I agreed with Davis then, that we are all connected—and connected to Africa specifically—but now, after listening to his new album, I agree with this sentiment even more; indeed, I can’t imagine a living soul who could listen to “Africa Is My Home” and not be profoundly moved by its rhythms and subtle chanted messages—sometimes sweet and simple, other times, richly textured, complex, even psychedelic. About the album, Santa told me, “I have some vocal stuff on it; I have Ras Michael [on it]. He’s talking about the bible and stuff like that. And [Ras Michael] does a cameo on another track [too].”

Davis advised me that “Africa Is My Home” will be available “on CD baby, iTunes, Spotify, on all the places where music is released globally”—as will soon also be true of Tony Chin’s album “Unstoppable”—and so, for your listening pleasure, take my advice and do yourself a favor: as soon as possible, pick up both these amazing new albums for your music collection.