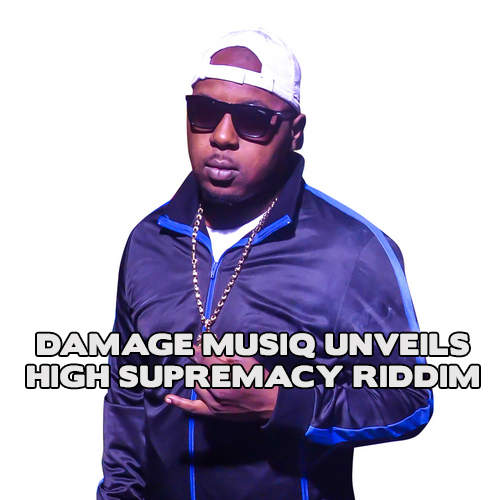 Another high quality production has made its way into the airwaves, with the latest release from Damage Musiq, the “High Supremacy Riddim”. 10 months in the making.

With 8 tracks in all, the riddim features artistes such as I-Octane, Shatta Wale, Tommy Lee Sparta and Shane O. The highly anticipated Dancehall riddim displays a smooth reverberated kick delivered with a calming one drop melody, as described by producer Dwayne Parkinson.

“The riddim commands Dancehall’s most talented artists to lend their musical word play; it’s subtle yet addictive with uplifting undertones that will prove to be a must play by all DJs in the industry,” he explained, adding, “It’s about real life experiences. It is very imperative that we reflect on our lives, correct our mistakes and take supremacy over our future.”

The riddim gained great traction following the release of a preview in January 2020.

“I received a lot of feedback and a strong demand for immediate release. Some of the comments have proven to me that my instrumental has the power to uplift people so my expectation is that it uplifts the world and inspires people through their crises,” the producer expressed.

The Montegonian producer formed Damage Musiq in 2015 and, after establishing his studio in the second city, launched his first production which featured artistes Teejay, Demarco and Masicka. Since then, the label has built a catalogue of impressive riddims such as “Conquest Paradise”, “Blessings”, “Miami Heights” and “Rags To Riches”. The standout productions have brought together several accomplished acts including Jah Vinci, Vershon and Grammy award winning artiste Beenie Man and have attracted listeners from across the globe.

“My style is unique; to me, style is like a personality. It’s taking who you are as a person, your thoughts, feelings, desires, etc. and putting that to music,” he elaborated.

This just the tip of the iceberg for what’s to come from Damage Musiq in 2020. Music lovers can look out for many more exciting projects and collaborations in the coming months.

The “High Supremacy Riddim” can be found on major digital platforms.