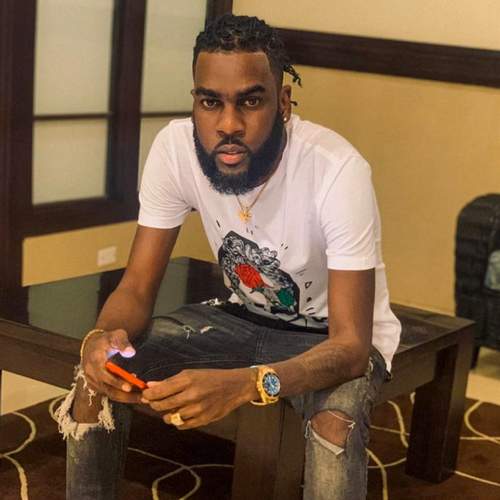 The star studded “Soul Survivor Riddim” is the latest project to come from the label Tru Ambassador Entertainment. The riddim features Mavado, Alkaline, Jahmiel, Kranium and Star Captyn. Over a year in the making, all beats were created by the label’s CEO, Jahvy Ambassador and came about after an unfortunate incident, which the producer used as inspiration for this riddim.

“This project was built a few days after a terrible car accident where I suffered tremendous wounds to the face and fractured bones in the hand. After a conversation with [Dancehall artiste] Alkaline, he suggested I work on a project that would reflect my story of surviving,” the producer explained. From there, he connected with the other artistes, most of whom he had worked with before.

“The title of the riddim just reflects how one can inspire others as it relates to never giving up. Even if you aren’t physically able to, the soul still survives,” he elaborated.

There are five individual tracks on the riddim, with clean and explicit versions for four of the songs, bringing the tracklist total to nine, with titles such as ”Mirage”, “Life”, “Ocean Wave”, “Shepherd”, “Gal Policy” and “Weed Stop”, the reception to the riddim has been promising.

“The reception has been overwhelming, fans have gravitated to the project beyond my expectations,” the producer proudly stated.

Not to be taken lightly, Tru Ambassador Entertainment has been a driving force behind some of the biggest compilations in Dancehall, with riddims such as “Ignite”, “Never Forget” and “Sexy Ting”. He’s also produced quite a few other gargantuan works with Alkaline such as “Death Announcement”, “My Love,” and with Jahmiel such as “Winning” and “Mankind.” With more projects in the pipeline for the label, the focus right now is to get the “Soul Survivor Riddim” out there and to make it the success that it is expected to be. For now, the producer says to stay tuned, adding,

”I just want to add a big thank you to all my fans that have been supporting the movement and making the projects a success over the years.”