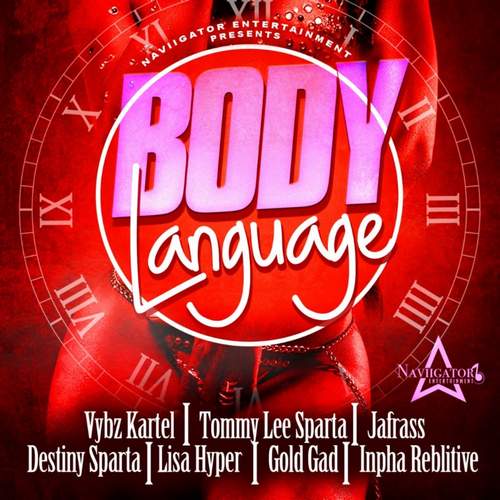 Naviigator Entertainment has stepped up to the plate and is taking on the industry with the official release of the “Body Language” riddim featuring a host of prolific artists such as Vybz Kartel, Tommy Lee Sparta, Lisa Hyper and Jafrass.

The Dancehall heavyweight riddim has 7 tracks in all and gained some traction with the pre-release of the lead single “Body Language” which is performed by Vybz Kartel. The Tommy Lee track, “Life Of A Spartan”, along with “Body Language” have been trending locally on YouTube; this is a testament to the work and effort that went into making this project possible.

“My creativity comes from my mood in a particular moment, which is how “Body Language” came about. It took a lot of sleepless nights, hard work and dedication to get the desired outcome, which we are happy and proud of,” producer Dwight Gayle outlined.

Established in 2018, the label is spearheaded by Gayle and Moya Brown.

“As our label states, “Naviigator” we plan to take the fans on a musical journey with continuous hits,” Gayle said, adding to that the importance of bringing attention on upcoming artists in the industry.

“There are a lot of new artists out there with good quality music but are not given a platform to be heard. So one of the label’s objectives is to unearth new and interesting talent,” Gayle explained. Currently, the label has on their roster, artists Inpha Reblitive, Ria Rania and Destiny Sparta.

This is the first official project to be released by the label, with contributions from Notnice and RedBoom Supamix. Much more can be expected from Naviigator Entertainment in the coming months.

“You can look out for more good music, possible collaborations with heavy weights in the business. Look out for the new artists on my label as mentioned earlier Inpha Reblitive, Ria Rania and Destiny Sparta,” Gayle said.