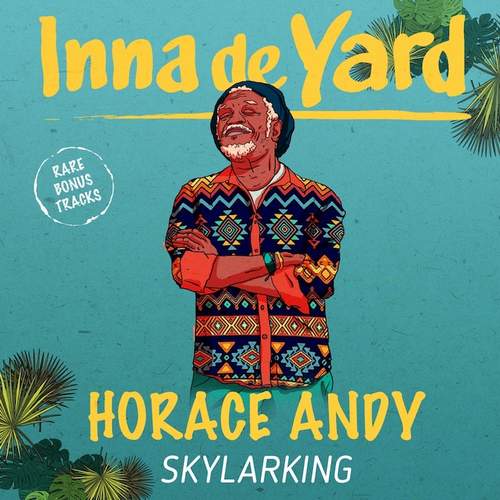 Inna de Yard, meaning “in the yard” in Jamaican patois, has resurrected the essence of Jamaica’s musical culture. More than just a collective, it’s about a state of mind, a form of creative revival, teeming with raw collaborative energy. Stripped back to a simple, acoustic approach, outdoors, closer to the natural vibrations of instruments and voices.

Initiated by the defunct French reggae label Makasound (founded by the same professionals who then set up Chapter Two Records) in the 2000s, eight Inna de Yard albums followed, all recorded in the open air in Kingston, Jamaica.

The people of Chapter Two Records have dug into old tapes from the recordings done between 2016 and 2018. Here is the first single of a series of 4 unreleased tracks from Inna De Yard; Horace Andy’s “Skylarking”. This Inna de Yard version comes about 50 years after the original he recorded for Studio One.