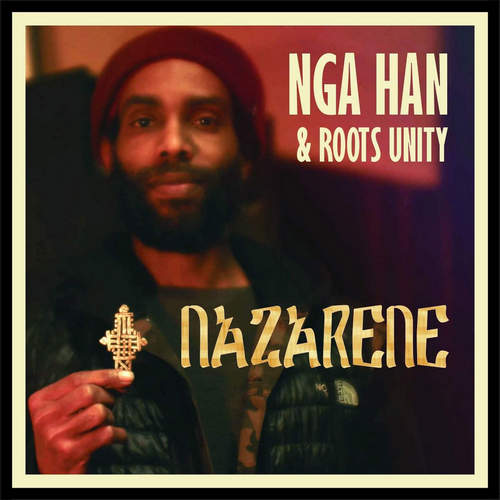 Nga Han, a true roots revivalist born in St. Ann in the Green Hill district of Jamaica, has teamed up with Roots Unity Music and friends out of the Netherlands, which has led to the release of a single, the first in a series of collaborations between the singer and the production camp, which will be presented together on the upcoming album “The Living Stream: Chapter One”.

“Nazarene” is a song livicated to the Christ-Man who is written about in the New Testament books. The Lord’s anointed, who came to remind mankind of their true purpose unto fulfilling the divine will of their Heavenly Father. The tune explores various biblical tales of yore as documented in the gospels. From the gatherings with the multitudes to the feeding of the fishes, this tune is meant to bring the listener closer to the Nazarene’s call and teachings. Messages needed for much overstanding in this modern-tech age.

Inspired to write poetry from a young age, it naturally translated into songwriting. Leaving the hills of Jamaica on a mission to spread the Word, Nga Han was in the midst of the evolution of his craft. He started playing guitar and then later bass, producing dub reggae music as one half of a duo called the Dub Rishis, ethereal roots music heavily inspired by Augustus Pablo and King Tubby. After relocating to California in 2007, playing bass translated into vocals which seemed a natural progression to search deep for the expression of Jah Word, with nyabingi drumming as the backbone. In 2018, Nga Han’s debut album “David Stone” was released on Max Rivera’s Roots Natty Records.