The Chosen Few – I Love The Way You Love | Reissue 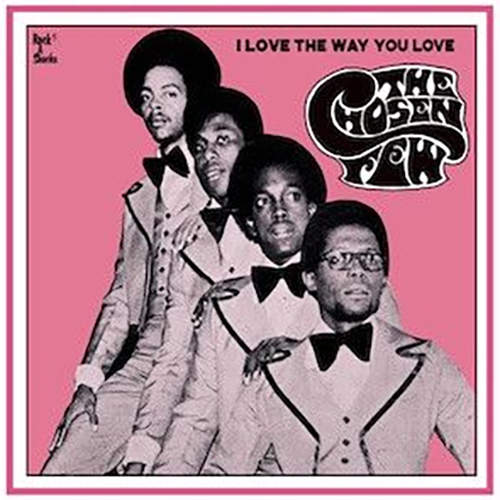 REISSUE
THE CHOSEN FEW – I LOVE THE WAY YOU LOVE

Unlike groups like The Heptones, The Maytals and so many more, The Chosen Few enjoyed and excelled at the cover version. Released in the UK as “Everybody Plays The Fool” on Trojan Records in 1975, “I Love The Way You Love” is the second album of Bunny Brown’s The Chosen Few, the most soulful & funky vocal group in Jamaican history. The album, produced by Prince Tony Robinson, features a variety of soul covers such as Betty Wright’s “I Love The Way You Love”, The Main Ingredient’s “Everybody Plays The Fool”, Kool & The Gang’s “Funky Stuff”, “My Thing” known as a big hit by The Moments, the soul classic “Tears Of A Clown” by Smokey Robinson and more. Added to that is the cover of The Stylistics’ “Children Of The Night” as a bonus track which was released as a 7″ single. This masterpiece of ‘Island Soul’ has been reissued by Japan-based Rock A Shaka.