The Dragon Slayer has returned

Though he had been recording for almost 15 years, Mark Wonder was largely unknown when he first visited Europe in 1997. Since then, he has returned “countless times” and considers the continent his biggest market.

Before the coronavirus pandemic struck, the veteran singer was planning a tour to promote “Remz of The Dragon Slayer”, his latest album which was released in March by Oneness Records.

THE DRAGON SLAYER HAS RETURNED

“The European market is like the biggest consumer of our music, hence the love for I and I music creates an upward spiral,” said Wonder. He points to France and Germany — countries hard-hit by the coronavirus — The Netherlands and Switzerland where fans are most receptive to his music. 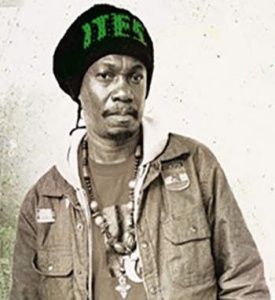 “Wi work with mostly European musicians dis time an’ they did a great job. A lotta things happening in di world, so there is a lot to write about. Wi cover whole heap of ground on dis album,” Wonder explained.

The topics he and his co-writers address are diverse. “Another Day”, the lead single, acknowledges the Rastaman’s appreciation of nature; “Voyages Across The Sea” (done with South African deejay Crosby) revisits the sensitive topic of refugee migration in Europe and the United States. In “Tune 2 di Rockaz”, which Wonder co-wrote with fellow roots singer Jahmali, salutes the hardcore reggae they were weaned on.

“Remz of The Dragon Slayer” is Wonder’s second album for Oneness Records, following “Working Wonders” in 2012. His debut album, “Jeremiah”, was released one year after his first tour of Europe; “Dragon Slayer”, Wonder’s previous set, came out in 2017.

Mark Wonder was born in Kingston, Jamaica’s capital. He came of age during the 1980s when ‘slackness’ began dominating reggae but he was more drawn to conscious messages of Burning Spear and Culture than the bawdiness of Yellowman.

Like those trailblazers, and his contemporaries Prezident Brown and Junior Kelly, Wonder has established himself in Europe through a combination of quality albums and frequent touring.

With “Remz Of The Dragon Slayer”, he reckons he maintains his standard of vocal performance and composing.

“I’m my biggest critic, I don’t believe in putting out albums every year. I think wi deliver a great project, songs with great potency,” he said.