As a protege of Stephen Marley, Damian Ebanks realized early in his career that making diverse music was key to how well he did as a producer. In his near 30-year career, he has produced a number of dañcehall rhythms featuring multiple artistes. But his latest project is the most eclectic.

Ebanks guided Northern California band Karlee Shannon and The Orbits on “Deep Water”, their debut song, which was released in early May by his Typhoon Music Group. 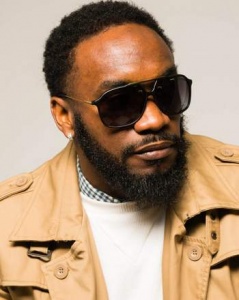 It is a pop song with a distinctive reggae lilt. Ebanks describes the cosmopolitan six-piece band’s sound as “world music” which is not limited to the United States market.

“Mi always look to Europe ’cause people there connect with music on a different level,” he said.

Ebanks, who has lived in Southern California for almost 30 years, was raised in Fletcher’s Land, the West Kingston community that produced Prince Buster and General Echo. He also spent time in Spanish Town, another reggae hotspot.

Though he has produced successful dancehall beats such as “Sunset Boulevard” and the “World Peace”, working with Shannon and her multi-ethnic band presented a fresh challenge.

“I was listening to di song an’ di drummer came up with a reggae vibe an’ mi decide sey mi a guh work with it,” said Ebanks of the initial sessions with Karlee Shannon and The Orbits.

Shannon is from Truckee, a lush nature region in Northern California which has traditionally been receptive to reggae. Though her influences range from classic rockers The Beatles and Pink Floyd to jazz legend Ella Fitzgerald, she developed an appreciation for Jamaican acts like Bob Marley by attending live events in her hometown such as Dirtyheads For Reggae and the High And Mighty Festival.

The Orbits members are from the United States, Sweden, Brazil and Indonesia.

Damian Ebanks credits his diverse tastes to years hanging with the Grammy-winning Marley, who has successfully worked with hip hop and neo-soul acts including Busta Rhymes, Erykah Badu and Lauryn Hill.

“I learned so much from him in terms of either playing an instrument and creativity. Whatever I do musically I owe a lot to Steve,” he said.