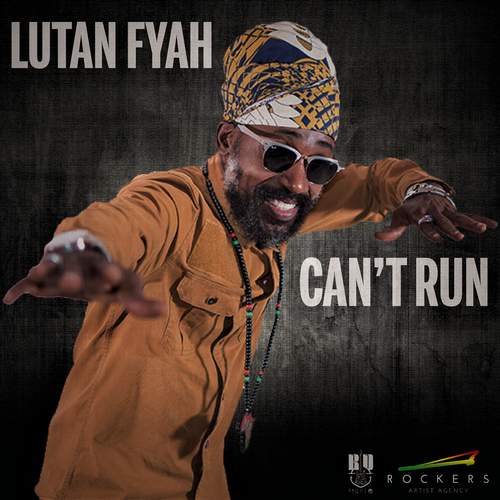 After the recent release of Everton Blender’s single “Long Hair Harry”, the Rockers Artist Agency label has unleashed a next single. This time it’s a great conscious tune by Lutan Fyah titled “Can’t Run”, which has been produced by Rekesh Dukaloo (R.D.Musiq).

Lutan Fyah, one of the most talented wordsmiths in reggae music, who has been making many big tunes since he started his musical career in 1999. Born in Spanish Town in the parish of St Catherine, he studied Architecture at the University of Technology and played professional football for Constant Spring F.C. He recorded his first songs for Buju Banton’s Gargamel Records and saw his debut album “Dem No Know Demself” released by Minor 7 Flat 5 in 2004. Since then he has released a dozen albums, most of them well worth hearing, and quite a few hit songs.