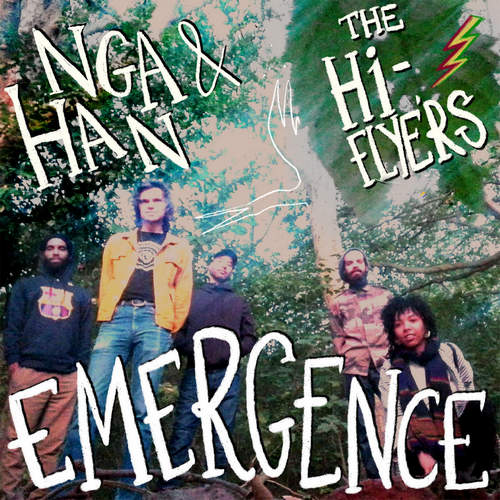 This collaboration between the Jamaica-born singer Nga Han and Antwerp-based producer Kingston Echo was recorded to 16-track analogue tape during the summer of 2019. No computers were used in the production of this record, in order to stay true to the sound of reggae’s golden era.

The music itself, all original compositions by Nga Han & The Hi-Flyers, aims to be both respectful of reggae’s history and forward-thinking at the same time.

Nga Han was inspired by the “Book of the Hopi” for this particular track. This book, which originally appeared in 1963, chronicles the mythology of the Hopi, a Native American people.

A relevant quote from “The book of the Hopi”:
“The Emergence to the future Fifth World has begun. It is being made by the humble people of little nations, tribes, and racial minorities. “You can read this in the earth itself. Plant forms from previous worlds are beginning to spring up as seeds. This could start a new study of botany if people were wise enough to read them. The same kinds of seeds are being planted in the sky as stars. The same kinds of seeds are being planted in our hearts. All these are the same, depending how you look at them. That is what makes the Emergence to the next, Fifth World”

The lyrics of “Emergence” could not be more resonant in these trying times as they state a firm belief that a better and more just world will emerge from the turmoil. The dub counterpart to the track “Submergence” was mixed in a one-go style through analogue outboard effects, true to the origins of dub mixing.