In February, Hezron visited Europe for the second time for shows in Hamburg, Germany and Geneva, Switzerland. The experience was an eye-opener for the singer/songwriter.

He got the opportunity to express himself by displaying his full repertoire, a difference from the United States where he has performed for most of his career. 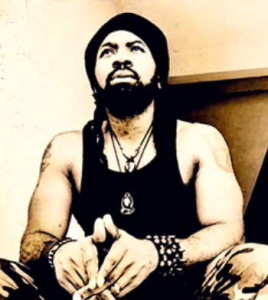 The COVID-19 (coronavirus) was starting to take global effect while Hezron was in Europe. The pandemic inspired him to write “Resillience”, which he also produced for his Hardshield Records. He is quick to point out that the song’s message is not limited to a disease that has caused worldwide devastation including thousands of deaths.

“The song’s relevance is timeless. Every day, everywhere throughout the world, people are struggling, whether it’s financial problems, health issues, emotional issues, personal situations. The coronavirus has brought about so much fear, sadness, isolation, sickness, so there is a heightened relevance in being resilient at this time,” Hezron explained.

Recording professionally since the 1990s, the dreadlocked artiste has been busy in recent months. “Resillience” is one of many songs he has written and recorded with an eye on snaring that big hit. Those songs include the acoustic “Warrior Code” and “Stronger In Love”, a bouncy lovers rock number.

Born Hezron Clarke in the rural parish of St. James, Jamaica, Hezron migrated to the United States in the 1990s and started his career in Miami as an R&B act. A promising career was stalled by “some legal problems” that saw him leave the US. Those issues prevented him from travelling to that country for over 10 years but was finally resolved in 2015.

During the interim, he released several well-received songs such as “Forever And Always” and “Taxi Driver”. As much as he would like to break into the more lucrative US market, his recent European experience made Hezron realise the vibrancy of that market.

“In Europe, the fans know every word and melody of your songs as opposed to the US. You don’t have to be famous to be loved and appreciated. Once your music is good you are accepted,” he said.