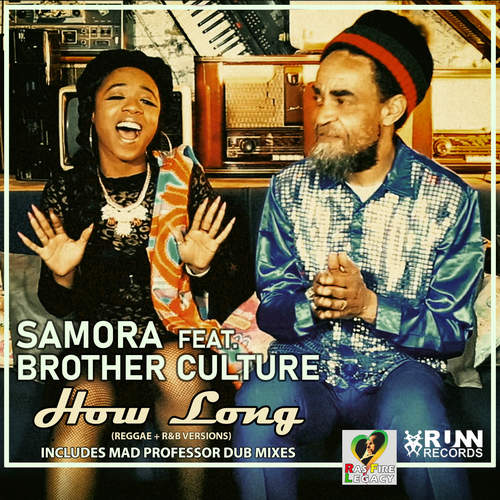 2019 saw the release of the Reggae version of George Baker Selection’s pop hit “Little Green Bag”, done by very talented Netherlands-based songstress Samora in collaboration with veteran Brother Culture. Now the duo is back with a reggae interpretation of the much covered song “How Long” by UK rockband Ace, which was a minor hit in 1975. Released by Runn Records on May 20th, the 4-tracks EP contains a Reggae version as well as a Pop/R&B version plus their respective dub versions, all mixed by Mad Professor at Ariwa studios in London.