Honest Bread Records team up with Nattali Rize & Anthony B 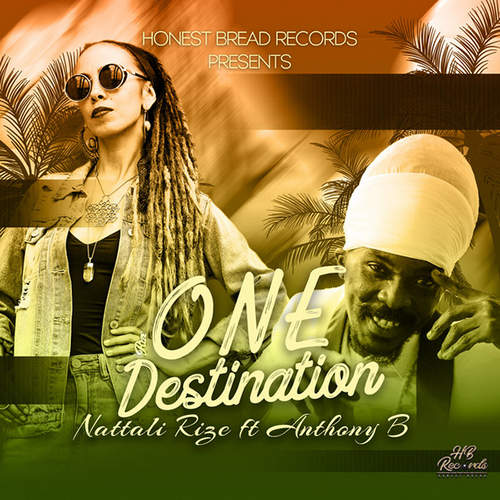 HONEST BREAD RECORDS TEAM UP WITH NATTALI RIZE & ANTHONY B

Australia-born singer Nattali Rize has released a soulful new Reggae track titled “One Destination” featuring artiste Anthony B. Produced by Horace ‘YelluhDrumz’ Ellis of Honest Bread Records, the track was officially released on June 19, 2020. No stranger to working with the pair, Ellis, a musician himself, has toured extensively as a drummer/ percussionist with both artistes.

“I had in mind a collaborative feel good song for the world, resonating with all life forms using live instruments to give a Lover’s Rock rendition,” the producer explained. Described as a groovy cruising soundtrack, culminating various Roots, Reggae and Lover’s Rock sounds, the track has been performing quite well since its release, with great feedback regarding the sound and the synergy between the two artistes.

Actively doing music professionally for the past 15 years, Ellis honed his love for music as well as his skills as a high school student, thanks to the guidance of one of his teachers.

“I started developing at St. Jago High School where my music teacher Mr. Robert Lewis brought me to play at my first concert at the age of 14,” he elaborated. After leaving high school and working in the tourism industry for a while, his talent got him the recognition he deserved. He received a recommendation to tour with legendary Jamaican artiste Jimmy Cliff as well as other artistes, which pushed him in the right direction to dive deeper into music and its production.

With “One Destination” being the debut project for Honest Bread Records, much more can be expected in the near future from the label.

“Honest Bread Records keeps working on and on from dusk till dawn so look out for more recordings and more new releases soon while I push “One Destination” forward,” the producer stated.