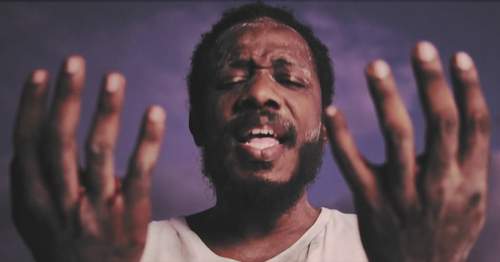 Reggae music, known mostly for its pulsating bassline, is also synonymous with being the “voice of the people”. This often means being the vehicle for social commentary. “Cane Fields” is no different. The ’90s hip hop-inspired track is now being accompanied by stirring visuals, laden with timely symbolism and themes of black empowerment. The official music video is directed by Fernando Hevia, known for his work on Jah 9’s “Note To Self” and Yaadcore’s “Ready Now”, and produced by local video director Samo Kush, known for his work on Pressure Buss Pipe’s “King Selassie First”. The scenes show the all-star champions of the reggae revival movement, Kabaka Pyramid, Jesse Royal, and Wayne Marshall, putting fire to the literal cane fields; indicative of the fight against the injustice.

“Cane Fields is a symbol, a symbol of the fight fi the justice of I&I people – the descendants of Africa; what we’ve been through in previous years,” Kabaka Pyramid said. “We carrying on the legacy right now with the music.”

In a time where the current society seems to be on the verge of an uprising against injustice, “Cane Fields” is a reminder that the fight is essential.

“Equality for all is dangerous for some but necessary for others,” Jesse Royal muses. “It will dismantle the foundation of lies which the system has been built upon and force one and all to move in a different direction – which I and I have no doubt in my mind will lead us back to probably the second time in the history of mankind that we would truly be living in the truest sense of the word. The power of the people is undeniable iyah.”

“Cane Fields” is produced by Natural High Music, known for combining vintage reggae and dub vibes with electronic sounds and hip-hop beats into a signature future roots sound. The duo has worked with the top acts in Jamaica’s era-defining roots revival scene, including Chronixx, Kabaka Pyramid and Lila Iké. So, it was no surprise that fresh off their sophomore album “Urban Roots II” that they got together with even more movers and shakers of the reggae revival movement to produce this single.