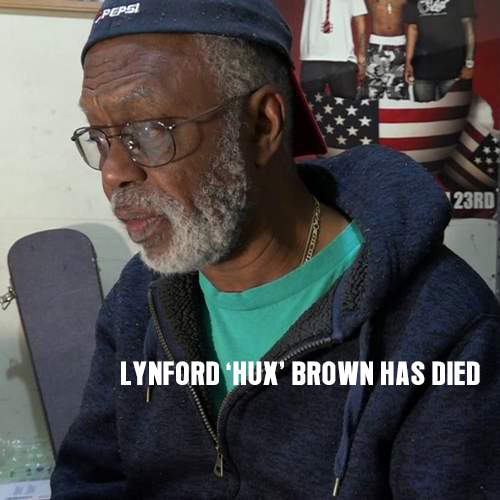 ‘Hux’ Brown was born in Port Antonio in the eastern parish of Portland. When at school he was nicknamed ‘Fordie’, then ‘Fordux’, which became ‘Hux’. He was part of the leading show band The Vikings, before moving to Kingston where he joined the Soul Brothers at Coxsone Dodd’s Studio One. In 1967, he left Studo One to play rhythm guitar in Lynn Taitt’s studio band The Jets, backing a score of artists for producer Leslie Kong, the most successful being The Melodian (“Rivers Of Babylon”) Toots & The Maytals (“Pressure Drop”) and Jimmy Cliff (“The Harder They Come”). ‘Hux’ Brown picked up many pointers from the renowned musician from Trinidad, who had come to Jamaica in 1962. Amongst other things it included how the use of heavier strings would give his Hoffner guitar a deeper tone for solos.

He also became a member of Tommy McCook & The Supersonics, the influential house band at Duke Reid’s Treasure Isle studio. He can be heard on a number of classic Rocksteady tunes such as The Paragons’ “Wear You To The Ball”, Phyllis Dillon’s “Perfidia”, “Girl I’ve Got A Date” by Alton Ellis, The Melodians “Little Nut Tree”, and “Ba Ba Boom” by The Jamaicans, the winner of the Festival Song Competition in 1967. ‘Hux’ Brown played on what some consider the first Reggae song in history, “Bangarang” by Lester Sterling & Stranger Cole, a song in which he hits the double stroke with his right hand, up and down. He joined the All Stars, another studio band organised by Gladdy Anderson, and recorded extensively with Lee “Scratch” Perry, whom he had met during his time at Studio One. In 1971 he was recruited by Paul Simon to play on the reggae-flavored “Mother and Child Reunion”, which was recorded at Dynamic Sounds in Kingston.

For some 35 years he was part of Toots & The Maytals’ recording and touring band.