by Teacher at Reggae VibesJun 5, 2020News 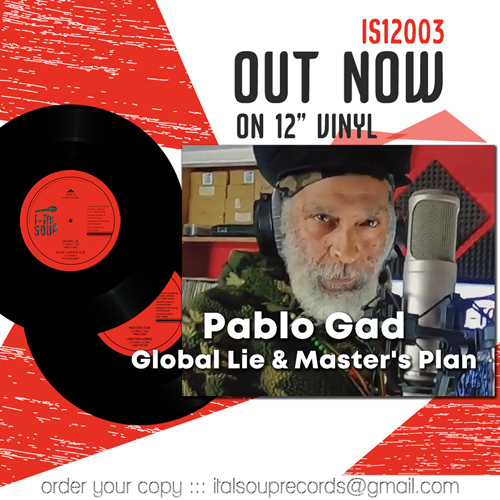 A brand new I-tal Soup Release hosting the great Pablo Gad on vocals. The 12″ vinyl carries on the A side a militant vocal track titled Global Lie followed by its dub version, Slave Labour Dub. The first track of the B side Master’s Plan, captures Pablo’s finest poetry skills on a deep roots riddim. A horns version on the same riddim, featuring Lukey Petter on trombone, Creation Horns completes the release in its fullness.

Special thanks to Patrick “Aba Ariginal” Tenyue for the trumpet section on Global Lie and Ashanti Selah for his organs on Master’s Plan.