Tony Anthony releases his new single “Wake Up Everybody”

Last year when Tony Anthony covered Harold Melvin & The Blue Notes’ “Wake Up Everybody”, it was simply his reggae interpretation of a song he always loved.

TONY ANTHONY RELEASES HIS NEW SINGLE “WAKE UP EVERYBODY”

But on May 25, 2020 came the horrific killing of George Floyd, an African-American man, by a white police officer in Minneapolis, Minnesota. It drove the Toronto-based singer to release “Wake Up Everybody” five days later. 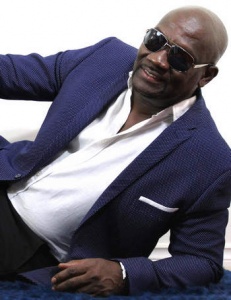 Anthony first saw the disturbing cell phone footage of Floyd’s death on the day of the incident. Were it not for on-spot ‘coverage’, he noted, the police officer may have walked free.

“Thanks to scientists for technology, social media and video phones, because now the atrocities are being recorded and sent visually to the world. The blatant and heartless murder of black men (as well as our black women and children) by police officers is a disturbing reality,” Anthony said. “The riots and protests are not the first, the condemnations by celebrities, politicians and socialites are not new. One thing however, is reassuring, is that this generation of black youths are revealing that they have had enough and they will fight, march, protest and achieve their goals, and unlike our generation, they are willing to do it by any means necessary.”

Those protests took place throughout the United States including the capital, Washington DC, where groups like Black Lives Matter took their fight straight to the White House.

There were similar events in Canada where Anthony has lived for almost 30 years; the United Kingdom, Europe and Australia.

David Chauvin, the police officer who kneeled on Floyd’s neck for almost nine minutes causing him to suffocate, has been charged with second degree murder. His three colleagues who watched the incident without intervening, have also been prosecuted.

Anthony, a prominent face in Canadian reggae, produced “Wake Up Everybody” for his third album, “Then Now & Forever”, which was released by his Phylani Music label in late 2019.

The set also includes versions of “Wonderful World” by Tom Jones, “Today I’m Gonna Try” and “Change The World” by Johnny Reid, and “There Goes My Baby”, originally done by Charlie Wilson of the Gap Band.