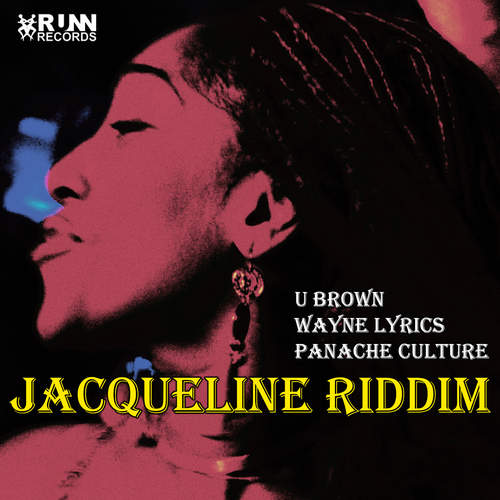 In 1994 Runn Records put out Panache Culture’s sophomore album “Travel In A Dream”, which featured the song “Jacqueline” and its dub version “Dubbing Jacqueline”. Just like all the other tracks on that album these were also mixed at Ariwa Studio by renowned Mad Professor. Later on the riddim of “Jacqueline”, which expertly mixes reggae with elements of Raï music, was voiced in Jamaica at Grove Music studio in Ocho Rios by well known deejay U Brown and singjay Wayne Lyrics.

The latter, now based in the UK, was born in Carron Hall St Mary, Jamaica and grew up in Spanish Town. Called ‘The Plain Clothes Warrior’, he did his first recording “Don’t Dis The Programme” in 1989. More recordings were done for Barry O’Hare’s X-Rated label. They included songs like “Shot A Lick,” and the hit “Pray To God” featuring King Lorenzo, which was later released by Runn Records. However Wayne Lyrics’ “Times Hard” and also U Brown’s “Give Thanks And Praise” were never released. Now, about 25 years later, while dusting off tracks that are kept in the vaults of Runn Records, these two ‘lost’ tracks were found.

Now they’re finally released on a digital only EP along with the two Panache Culture album tracks. After all those years these tunes across the infectious “Jacqueline” riddim still sound good and are worthwhile hearing. (Only available on Runn Records’ Bandcamp)