by Teacher at Reggae VibesJun 9, 2020News 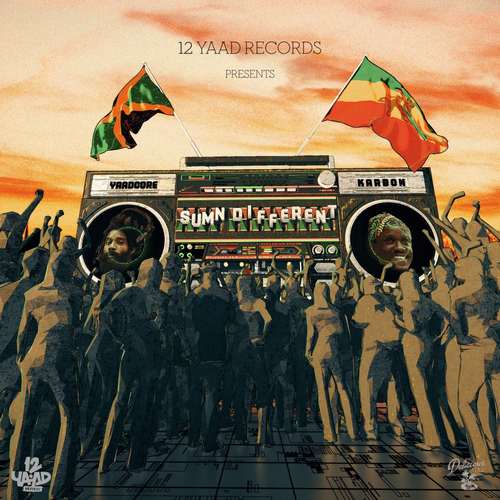 12 Yaad Records & Delicious Vinyl Island put out Sumn Different Mixtape from Yaadcore & Karbon.
He’s one of the most influential reggae music selectors, following on the heels of his debut single Ready Now, and the current single The Calling. He collabs with 12 Yaad artist Karbon and the project features the likes of like Lila Ike and Runkus, who appears on the 12 Yaad-produced Liv It Up,” a track inspired by Whitney Houston’s classic My Love Is Your Love.

The name Sumn Different, Yaadcore explains, comes from the new event series by the same name which he’s started in keeping in Kingston. But it also proved to be a fitting name as he began assembling tracks for the project: “Working on this mixtape, I decided to use Sumn Different and bring something different for the people. The mixtape is different than anything out right now. It’s to give people free music and introduce them to myself and Karbon, and warm them up to what’s to come. To give the people music in a palatable and exciting way fi listen.”