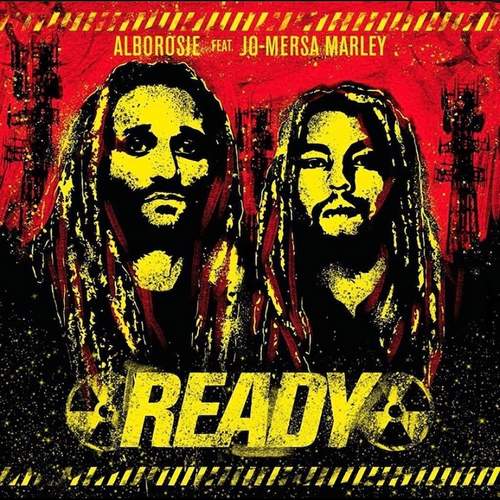 Alborosie and Jo Mersa Marley have released their collaboration piece titled “Ready”. The song begins with a ‘call to action’ asking that we come to praise Jah as Jah Jah is the conqueror. Next we get the intro of the artists performing – Alborosie and Jo Mersa, and then we get hit with heavy lyrics: “good ones get the prayers / while ah sentence for the slayers / start tun on the heat on each and every level every layers / we ah send out crocodiles pon dih acres / we true to dih game … not fih dih fame ….”

“Ready” has several phrases that connect. Sonically, those connections are emphasized by the heavy pound of the piano and contrasted by the still heavy, yet tickle of the higher octave of the same. This song is deeper than the depths of the oceans. If you remember the impact of the “Jah Army riddim”, you will understand why both Alborosie and Jo Mersa are excited for this chune … it’s heavy!