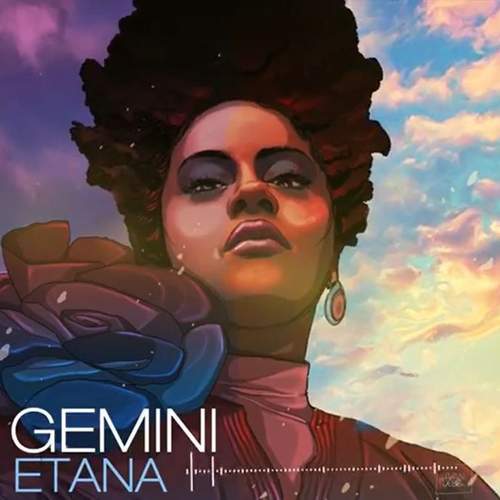 “The album is titled Gemini because I am a Gemini and so is a large percent of the small group who helped to put the album together. It is said that Gemini’s can get along with all signs of the zodiac and that they adjust and adapt easily. I think those are some important traits to have in this time,” Etana explained.

With songs rooted in Reggae with hints of Dancehall, Hip Hop and Blues, the soulful singer displays her artistry over twelve enticing tracks. The music video for the single “Bubble” was released on June 23 and showcases the tantalizing sounds, colours and moves one could associate with Reggae music.

Describing the overall theme and mood of the album, she added, “Love and happiness, spontaneity for the lovers and one or two strong messages that reminds us as a people to focus on moving forward in a bigger, better, stronger and more concise way.”

Wasting no time after her last EP “Dimensions”, which was released on November 8, 2019, the singer started the process for this album in the same month and it was completed by March 2020.

“The songs come to me as you hear them now, I hear them the same way in my head first before I write it on paper. First comes the lyrics and the melody all at once as if it’s being sung to me and then I find the right people to make the music. If the music comes first, it’s the same. Somehow I hear the lyrics and melody and I just sing,” the singer expressed.

With the global pandemic causing major setbacks including the cancellation of tour dates in the United States, Europe, Africa and other places, Etana is using the time to focus on bringing forth the best version of herself.

“At this time I’m just working on the inner me, doing all I love and I look forward to touring again once I am able to,” she said, “I want to thank my whole team and those who are always with me from day one making all my moves possible. Even those who are not currently actively working, your efforts and acts of love and kindness are not forgotten. To all my fans, thank you for all your support and love. I wish you all strength, courage and happiness at this time. Tune into the new music on any platform and turn up the volume. Prepare for liftoff. Be blessed.”