Hopeton Lindo’s purpose is to help others

In the early 1980s, many days found Hopeton Lindo at the studio of dub legend, Osbourne “King Tubby” Ruddock. Then a budding singer/songwriter, he cut some of his first songs there including “Territory”, which remains an underground anthem.

Forty years later, Lindo is still writing and singing. He is also a producer and mentor to upcoming acts in South Florida where he has lived for over 20 years.

HOPETON LINDO’S PURPOSE IS TO HELP OTHERS

He and some of those artists are showcased on the “Feel It” riddim, which was released in May as part of an album of the same name.

“The exciting thing about a riddim album is realizing how each artist interprets and approaches the riddim, giving each song its own identity. The most satisfying thing about this project is being able to provide a platform for some upcoming artists with fresh ideas the outlet to showcase their talent,” Lindo explained. “I strongly believe that my purpose is to help others and to be able to complete this project successfully during the Covid-19 pandemic and lockdown was an added satisfaction.” 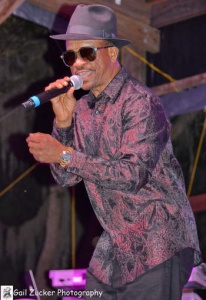 The title song is Lindo’s contribution to the “Feel It”, which also has tracks by fellow veterans like Everton Blender, Luciano and Anthony Red Rose. INique, King Che and Taff are some of the fresh voices on the 14-song project which is produced by his Irie Pen Records.

Released in 1987, “Territory” was the single that put Lindo on the map. But he made his mark as a songwriter in the 1990s, when composing songs like “Telephone Love” by J.C. Lodge, “Red Rose For Gregory” for Gregory Isaacs and “Champion Lover” by Deborahe Glasgow and Shabba Ranks, earned him the nickname The Pen.

The reggae songwriter came of age during the late 1960s and 1970s with Bob Marley, Peter Tosh, Bob Andy and Jimmy Cliff leading the way. Lindo, Mikey Bennett and Carlton Hinds wrote some of the biggest dancehall songs of the 1990s but despite their success, Lindo laments a lack of respect for Jamaican composers.

“Songwriting remains paramount in music production as without a writer there is no song, but I think songwriters deserve more recognition in the reggae industry like in other genres,” he said. “I would say the ’90s was very special in dancehall/reggae because the approach was more authentic then with some great artists, engineers, producers, etc, producing songs of substance. Gregory Issacs is one of my favorite artists and so meeting him and to be able to write songs for him was truly an honor. We would link up mostly at Music Works and Cell Block studios to work on his projects and had a mutual respect for each other’s musical talents and it was always good vibes.”

Lindo has enjoyed a lot of good vibes as an artist in the last three years. “In Your Eyes” and “Guilty”, songs he did with fellow singer Fiona, topped South Florida’s Foundation Radio Network Top 30 Music Chart in the last six months.

Fiona, a veteran of that scene, does “Love Don’t Fail Me” on the “Feel It” riddim.

Hopeton Lindo has recorded four solo albums. The previous, “My World Your World”, was released in 2015.