Though he has enjoyed considerable success in the past 15 years in dancehall and hip hop, JonFx’s achievements are not as heralded as some of his fellow Jamaicans.

The South Florida-based producer continues to rack up the accolades with Vybz Kartel’s “Cute Rider (Reggaeton Mix)”, a song from the imprisoned deejay’s much-anticipated album, “Of Dons And Divas” which was released on June 26. JonFX produced “Cute Rider (Reggaeton Mix)” which entered the iTunes Reggae Chart at number one. He also guided the controversial Kartel on “Gun Session Remix”, a 2005 hit which also featured Shabba Ranks, Sizzla and American hip hop artist Akon.

The 37 year-old, whose real name is John Crawford, is best known to hip hop fans for his association with XXXtentacion, a platinum-selling rapper who was murdered two years ago in Florida. 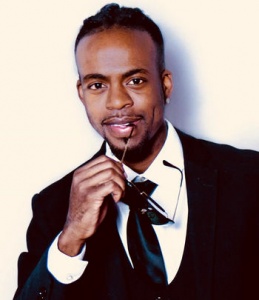 JonFX has high marks for Vybz Kartel, who is currently serving a life sentence in prison for murdering a former associate in Jamaica nine years ago. “If you listen to what he’s done, there are few in dancehall who can come close to him. Without being an artist he would have been a great writer,” he said.

Vybz Kartel and JonFx are from Portmore, a massive housing scheme located on the outskirts of Kingston, Jamaica’s capital. While Kartel came from a family of educators, JonFX was raised in a devout Christian home and grew up playing drums and keyboards in the Church band. By his teens, he was cutting his teeth as a session musician and engineer at producer Everton “Caveman” Moore’s studio.

There, he worked on songs by artists like Half Pint and “cut dub plate till mi weak.”
The apprenticeship at Caveman served JonFX well when he migrated to the United States 20 years ago. He worked at the studios of producers Hyman ‘Jah Life’ Wright and Keeling Beckford where he digitally remastered songs and albums by Barrington Levy, Carlton Livingston and Sister Carol.

It was at Beckford’s Brooklyn studio that he met a reggae legend Glen Adams, organist and arranger for The Upsetters. According to JonFX, Adams helped him develop his skills on the B7 Organ. “Him teach me how to shuffle which is very important. Most people know how to bubble but not how to shuffle,” he stated.

Working with Glen Adams is worlds apart from the world of hip hop which has embraced JonFX, largely through his work with XXXtentacion who was born in Florida to Jamaican parents. In addition to being his mentor, JonFX co-produced and co-wrote “I Don’t Even Speak Spanish LOL” and “Arms Around You”, two of the artist’s big hits.

JonFX plans to go back to his roots with his next project; a One Drop reggae album featuring artists like Kartel, Michael Rose and Sizzla. It gives him an opportunity to show what he learned all those years ago at the feet of people he calls “the masters”.