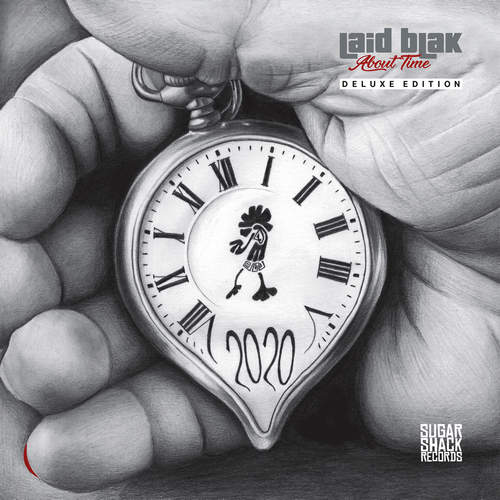 About two years after the release of “About Time”, Laid Blak’s refreshing sophomore album with a diverse and eclectic sound, its Deluxe Edition sees the light of day via Sugar Shack Records. The CD and Digital Download feature, of course, the original 13 vocal tracks that includes the breezy album opener “Cool Dude”, a track with rattling percussion, piano, keyboards and restrained, jazzy, minimal bass. There’s also the glorious classic dancehall style tussle on “Mic Man” and up-tempo blasters like “It’s A Pity”, “Hold On”, and “Serious”, which head out into anything from lovers rock to a sleng teng, old school step it, rub a dub, wrap it up, mash it groove with fat horns, melodica, wailing guitar, sound system busting bass and kicking riddims.

Furthermore there’s some serious business attended to in “Changing”, which illustrates how priorities change in life, and how in “No Way Out” and the darker, more militant Aswad era take in “I Feel It”, that life isn’t easy. But that period of reflection is a temporary break as its always the contrast of celebrating life in the cheeky, chatty Smiley Culture vibe of “Little Bit Of This”, and the Mediterranean holiday romance possibilities in “Fatal Attraction”.

The Deluxe Edition contains all the original vocal tracks plus – as a bonus – 7 heavy weight dubs (Drub A Dub) mixed by Compendulum.