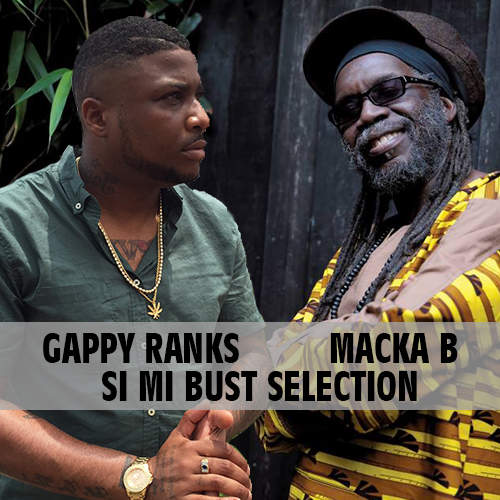 From the esteemed reggae label from North West London comes a new digital-only release produced by ‘Crucial’ Tony Phillips aka Tony Ruff Cutt. The double A-sided single, released on June 29th, features tunes by Gappy Ranks and Macka B, the veteran chanter/songwriter from Wolverhampton UK who’s world renowned for his conscious lyrics and social commentary. Both artists deliver their deadly goods over a fresh original riddim that turns out to be a real killer. Both tunes have their merit, and although Macka B’s remake of his 2007 single “Children Children” (then on Ruff Cutt’s “Busta Rhymes” riddim) certainly is a worthwhile tune to listen to, in the end it’s Gappy Ranks who comes up with the slightly better cut.