There has always been a place in reggae for the journeyman artiste. Since the 1970s, these acts have toiled in Europe and North America and continue to pay their dues.

One such artiste is Horace Martin, whose recording career began in the early 1970s, a time when roots-reggae dominated the Jamaican music landscape.

Martin is a longtime resident of Toronto, Canada but typical of reggae artistes who live overseas, keeps regular tabs with ‘yaad’. One of his latest songs is “Awake Jah Jah Children”, done on the “Outta Jamaica Riddim” compilation album which is driven by Dennis Brown’s 1981 hit song, “Have you Ever Been in Love.” 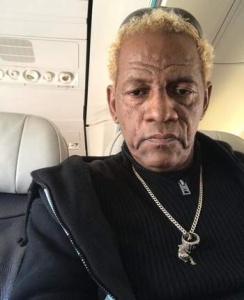 For Martin, who grew up listening to Brown and Horace Andy, music has never been just about cashing in.

The songs Martin has recorded for producers like Negus Roots from Waterhouse and Hugh “Redman” James has earned him a strong base throughout Europe where he has performed for years on the biggest festivals.

But in the last 10 years, he has found a new audience in Mexico, an emerging reggae market.

Since 2010, Martin has done shows in major centres such as Mexico City, San Luis, Vera Cruz and Puebla. In October, once Covid restrictions are lifted, he will perform in Tehuacan alongside Capleton, Michael Rose, Tristan Palmer and Pablo Moses.

Born in Kingston, Horace Martin was raised in Fletcher’s Land, a working-class community that produced artistes like Prince Buster and General Echo.

He cut his first song, “Beautiful Dream”, in 1974 for Denclock Records. His albums include “Positive Vibes” for Negus Roots, a label known for ‘voicing’ Waterhouse acts like Lacksley Castell and Don Carlos.

When the dancehall sound changed from live instruments to digital in the 1980s, Martin collaborated with James on the album, “Mix Up.”

His previous album, “Arise”, was produced by Tasjay Productions, producer of “Awake Jah Jah Children.” It was released in April this year.