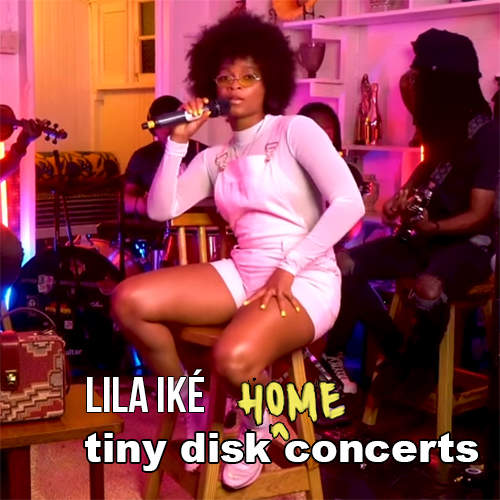 Lila Iké has an all-encompassing vibe, and you can feel it in this Tiny Desk (home) concert, a four-song quarantine concert from Jamaica. Lila Iké and her crew of musicians outfitted a home in Jamaica for this video, and the layout resembles the Tiny Desk’s home in Washington, D.C.

Since ascending in 2017 with a string of songs that fused contemporary reggae with elements of soul, hip-hop, and dancehall, Lila Iké has continued her atmospheric rise in 2020. The spotlight shines brighter on Lila Iké as she pivots from Jamaica’s independent singing sensation to global superstardom guided by her natural talents, co-signed by In.Digg.Nation Collective, Six Course and RCA Records. Lila Iké’s endearing tone can be felt in every word she sings, displaying equal amounts of vulnerability and dominance in her signature vibrato.