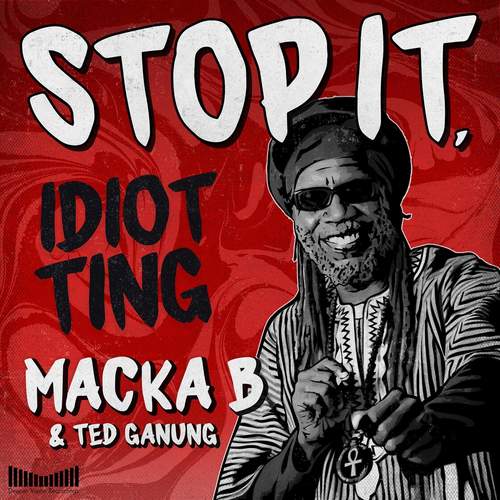 Nuff families, relationships and communities mash up over Idiot Tings, but Macka B reminds us we can Stop It through overstanding and creating space for mental clarity.

Macka B, one of Britain’s most influential Dancehall toasters has spent a career spreading conscious messages through music to inspire multiple generations of listeners worldwide. “Stop It, Idiot Ting” is a collaboration with NYC based producer, dj and musician Ted Ganung who originally wrote the instrumental and played all the instruments in dedication to his twin daughters born earlier this year.

The vocals were recorded at Delamix Studios in England and mixed by Dickie Delamix with additional vocal harmonies by Steve Ital.