The Greatest Dancehall Riddim Ever – Punanny

It’s official – The “Punanny” riddim, originally built by Steely & Clevie in 1986, has been voted ‘The Greatest Dancehall Riddim Ever’ by an esteemed panel of judges from across the Dancehall and Reggae world.

THE GREATEST DANCEHALL RIDDIM EVER – PUNANNY

Hosted by acclaimed Broadcaster & DJ Seani B on BBC Radio 1Xtra, the special radio show was produced to mark the eighteenth anniversary of the station’s launch. Over that period many dancehall tracks have been shown support by the network, and the quest to find out which of the timeless dancehall and reggae riddims would come out on top proved to be fruitful for producer King Jammy. 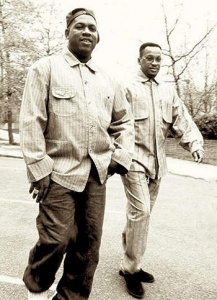 Jammy bagged the top two spots with “Punanny” and “Sleng Teng”, with the “Answer” riddim coming in third position.

The passage to find the ultimate riddim began with Seani B asking 50 key dancehall and reggae influencers, musicians, artists, writers and producers from across the world for their top 5 riddims. These were then collated and an ultimate top ten was formed.

Speaking to Seani B on the show, a delighted King Jammy said “I am proud that so many years on this riddim can win such a prestigious title. It’s reward for the efforts of the whole team – not just me, but everyone involved with what we have done and are doing.”

Seani B added “The “Punanny” riddim is a very worthy winner of such an accolade. It is an absolute staple for anyone who loves this music, as are the other nine excellent riddims, and I am glad we came to a unanimous decision on a victor. Having such an experienced panel all agree on these placings gives a lot of credibility to the list, but there were a few negotiations that needed to be had to get the final line up that we did!”