Brotha George, who is based in Connecticut, has been singing gospel music for nearly 20 years. “Unstoppable” is his 10th album and like his previous gospel efforts, he incorporates reggae rhythms.

“I listen to nice, clean music, that sending positive message! Yes, I enjoy the beat because it was there before me and it is a platform of our heritage so I embrace it,” Brotha George explained. “The music is not the problem, it is the lyrics that we as singers and players of instruments produce. My music is for everyone; it’s not about religion, it’s about positive vibrations and spreading the word love to each and everyone all over the world,” he added. 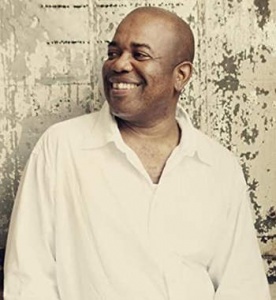 Examples of his appreciation for secular rhythms can be heard on two songs from “Unstoppable”. “My God Is The King” is driven by the classic beat of Slim Smith’s “Rougher Yet”, while “Only You Alone” is backed by Rudy Mills’ “Long Story”.

Another example of Brotha George’s willingness to push boundaries are the artistes he works with. On “Christian Soldier”, lead single from “Unstoppable”, he shares the mic with Shelly Thunder who found dancehall fame during the 1980s with songs like “Kuff”.

Brotha George was born George Wright in Kingston, Jamaica. He grew up in Majestic Gardens, a gritty community that produced acts like The Meditations, best known for songs like “Woman is Like A Shadow.”

His older brother was Winston Watson, a member of The Meditations.

According to Brotha George, “Growing up in Jamaica, music was the only way to escape from depression, poverty.”

He began recording as George Wright in 1978, cutting “Secret Admirer” for producer Ossie Hibbert. He also did songs for the rival Channel One and Joe Gibbs studios and was a regular on sound systems like Soul Imperial and Gemini during the 1980s.

Shortly after migrating to the United States over 30 years ago, he began singing a different tune. “My Soul Is In Your Hands”, his first gospel album, was released in 2003; “You Will Rise” preceded “Unstoppable” in 2018.