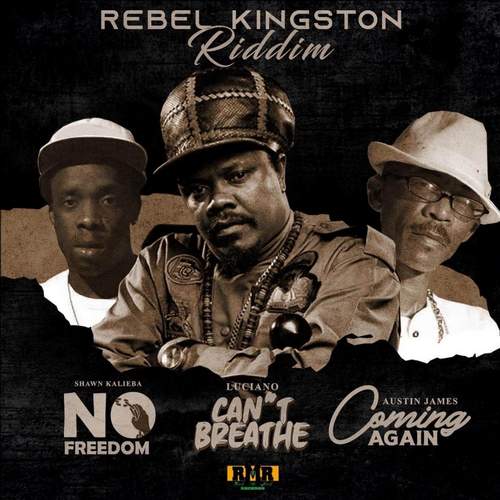 RMR Records Jamaica has dropped its fourth riddim release, the “Rebel Kingston Riddim” featuring Austin James, Shawn Kalieba, and Luciano, whose track “Can’t Breathe” is a blistering response to the continual dehumanization of people of African descent by the evil forces of Babylon.

“Can’t Breathe” reminds the world that after 400 years of brutality, little has changed. The system is suffocating Jah people, and Luciano insists that everyone must “break free!” “Can’t Breathe” is a powerful mixture of Luciano’s melodious vocals, and a timely, unflinching message – “Black lives matter, haven’t you heard the news!”

After success with his recent single “Without Your Love,” Shawn Kalieba returns with “No Freedom,” a track which addresses the raw, daily struggle within the system, and the history of that insidious Babylonian system.

Singer Austin James blesses the riddim with a soulful track titled “Coming Again”, a potent reminder that any day could be your last, so live with manners, respect, and humility.