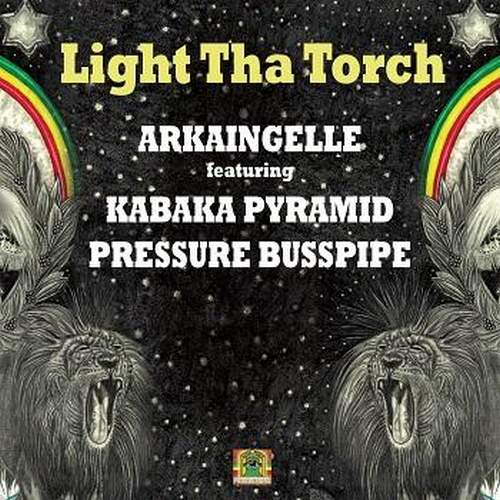 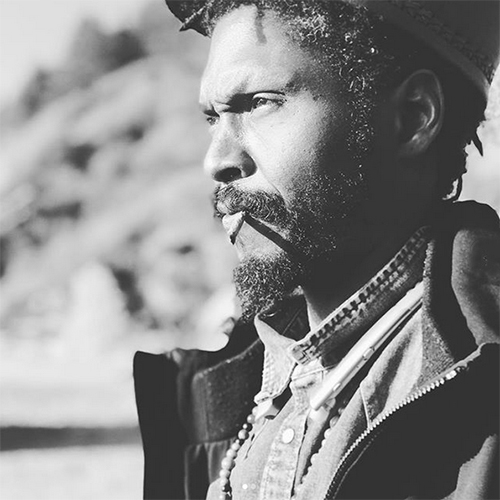 A new single from Arkaingelle entitled “Light Tha Torch” has been released by Zion High Productions (ZHP). For his new single Arkaingelle joined forces with Kabaka Pyramid and Pressure Busspipe, uniting three the hard way from Guyana, Jamaica, and the Virgin Islands. “Light Tha Torch” burns Babylon with a red hot roots reggae fire. It’s music to cleanse and heal in the midst of a global pandemic. This is the first single taken from “Nah Watah Down”, the brand new album from Arkaingelle and Zion I Kings.

When did you first start recording / performing your music?
Iziz.. We been wit de muzik from youth as early as about 8-9yrs.. church youth choir.. my grandfather was a musician – pianist n guitar… he started teaching me piano and guitar just before i come to de states at 12 yrs .. High school marching band on trumpet and souzaphone for 6 yrs – while in jr high… his talent shows performing rap… we start performing “professionally” in reggae round 96- playing keyboards with lion of judah band.. then few yrs later took the lead singer position in the Original “Rebelution” band out of Sacramento.. performed round cali and hawaii till link wit Blaak Lung-Greensphere studios in 2007 and ‘Open’ was manifested a year later…

Tell us about your new track, “Light Tha Torch” feat. Kabaka & Pressure.
Light Tha Torch is a calling to keep da fyah burning pon babylon and all wicked and their transgression… in these times we need to be evah vigilante towards a system to continuously trying to suppress the poor and the voiceless… from mass incarcerations to police brutality… we still fighting for our human rights and digknatty in todays society… “Light Tha Torch”, featuring Kabaka Pyramid and Pressure Busspipe, burns with an intense heat to melt away all transgressors. This is the first “official video” from NAH WATAH DOWN, the upcoming album from Arkaingelle and Zion I Kings.

How would you describe your musical style?
Being born in Guyana, growin in da states my voice and accent duz alredi carry a distinction…i dont know how to describe my style yet i would say my early influences were burning spear israel vibration, culture-joseph hill.. real rootsman muzik.. and bob of course, as well… my appreciation has grown to a lot more artist at present, Midnite, Buju, Sizzla, Anthony B, Glen Washington, even man like Popcaan and a few of the newer dancehall artist i man cya apprecialove…but my style is my style… Arkaingelle … watadar for HIS Majesty…

What can we expect in the future from Arkaingelle?
Its Rastafari works… and is nuff works even outside the muzik…still- musically we guh itinue to push all wi cya before wi lose this breath… our Album “nah watah down” is coming inna few weeks on the 18th and we ave a few more videos coming as well to support n push de vybz… prayfully all the confusion in de air clear up soon and we cyah trod N link wit we family across the globe… we were spose to be in europe last month Aug and everyting get lockdown shutdown… so we looking ahead to more muzik, mor collaborations mor live vybz as well…sompn brewing with Greensphere records as well so stay on de lookout…

Anything else you would like to tell the people?
Be still and patient… be of good heart and intentions, and let love guide you iternally… His Imperial Majesty, Haile Selassie have been reveal to InI… let One Perfect Love in the Divine Almighty guide and lead you in all you do… love your brothers and sisters and treat dem achordingly cause now is de crunch time… and nuff ini nah guh mek it… suh wi affi look out fi one anedda, affi light the torch and keep de fyah blazing… kah we -Naw Watah Down- de ting.