On October 19, once the coronavirus relents, Willie Stewart will be in Jamaica to receive the Order of Distinction, that country’s sixth highest honour. The former drummer for Third World is its third member to receive an OD, following keyboardist Ibo Cooper and guitarist Stephen Cat Coore who founded the band in 1973. Cooper and Stewart left Third World in 1997. Stewart now resides in South Florida where he mentors young musicians and promotes the annual Rhythms Of Africa show.

He thanked the government and people of Jamaica for recognising his work, saying it is “a testament and truly a blessing to my origins with the famed Third World Band. And of equal importance, it acknowledges my work in the Diaspora through cultural advocacy in music with children, and exposing our Jamaican culture.” 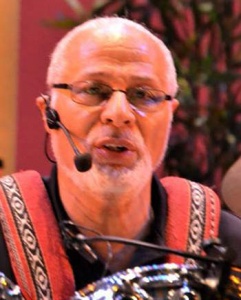 Shortly after he receives the OD, Stewart plans to release a project dear to him. It is the ‘Willie Stewart And Friends’ album which he began work on 20 years ago.

The concept was born at the Blue Wave Studio in Barbados, owned by singer Eddy Grant. Initial sessions took place at Sonic Sounds in Jamaica and heightened in Los Angeles in 2000.

“Ibo, Carrot, and I met in Los Angeles at the famous Studio 56, where we booked the studio for about three weeks and started to work on live tracks along with our friend Keith Jones, master bass player. We then took a break and went home and returned to Studio 56 a few months later,” Stewart recalled.

He described ‘Friends’ as “A blend of original instrumentals, with melodic melodies, solos and unique, mature creativity in all different styles of music. We can say a true fusion of our Jamaican, Caribbean and African heritage.”

Stewart was born in London, but moved with his family to Kingston, Jamaica’s capital, when he was 11 years-old. He joined Third World in 1976 after a stint with Inner Circle and played on some of their outstanding songs such as “Now That We Found Love”, “Try Jah Love” and “Always Around”. He also co-wrote “Committed”, a favourite of Third World fans.

Stewart gets to show another side to his skills on ‘Willie Stewart And Friends’ which he never rushed to complete.

“I can only say it was not the time but I feel the time is now for its release and we hope to do so in two months,” he said.