In the title track from his EP, “Touch Di Road”, Lutan Fyah projects the hard-working middle-class man in the age of COVID-19.

It is a mantra the roots singer adheres to in his personal and professional life. “Touch Di Road”, released in February by German company Oneness Records, kicked off a busy year for the 44 year-old artiste.

Despite the challenges of COVID-19, he still managed to maintain a busy recording regimen. “Touch Di Road” is also his latest project for a European company. 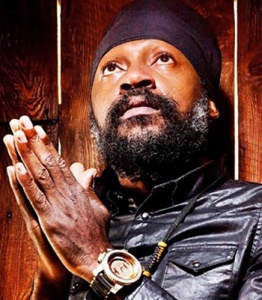 Europe is also Lutan Fyah’s strongest market, even though his last appearances there were in 2017 when he performed at Rototom Sunsplash in Spain, as well as in Croatia, Slovenia and Serbia.

Yet, the Jamaican scene is also important. Every artiste wants a hit song ‘a yard’ and Lutan Fyah is no exception. “Suspicious”, one of his new songs, is a personal statement. Produced by Ireland Records, it recalls a dark period in his life when he was in the news for alleged criminal activity in Spanish Town, where he grew up.

In February, 2008 police arrested him in connection with the burning of a home in that area, located on the outskirts of Kingston. A number of people, including women and children, were left homeless. Although he was charged with arson and spent two weeks in jail, Lutan Fyah was cleared of any criminal activity. “Suspicious” not only damns his critics but reaffirms his commitment to live recording which does not get as much respect in Jamaica as programmed beats.

“Di music have a lotta songs like dis. Di people who promoting di music (in Jamaica) jus’ not playing dem,” he said.

Born Anthony Martin, Lutan Fyah has been recording since 1999, after injury ended a promising career as a soccer player. He has done several albums for independent companies in the United States and Europe. “Longest Liva”, his previous set, was released in 2019.