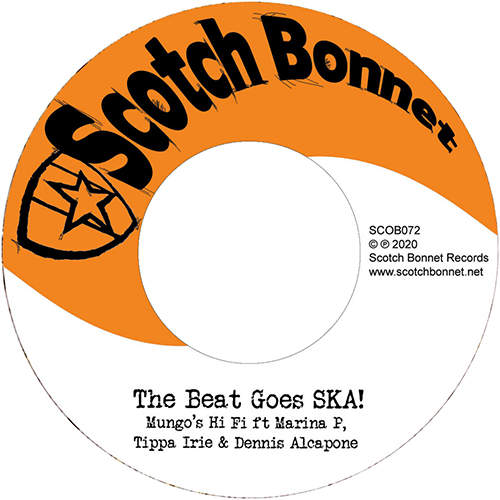 The jazz influenced Paris-based female singer Marina P has been collaborating with Scottish sound system crew Mungo’s Hi-Fi since around 2007. Their long-standing connection led to the release of Marina P’s eagerly awaited concept album “Soul Radio” via Scotch Bonnet Records. The August 14th released 10-track album, which was over six years in the making includes 2007’s massive and enduring “Divorce à l’Italienne”, which was included on Mungo Hi Fi’s 2009 “Sound System Champions” LP. Also included is a cover of the Smashing Pumpkins’ tune “Soma”, which has also been released as a single.

As a special for Record Store Day, Scotch Bonnet Records have released a next 7″ single from the album. “The Beat Goes SKA!”, an adaptation of Sonny & Cher’s 1967 pop hit song “The Beat Goes On”, features Mungo’s Hi Fi and Marina P alongside Tippa Irie and veteran Dennis Alcapone who both provide sterling deejay backing for Marina P’s cool yet emotive vocal delivery. This is a scorcher of a tune which can be really fulljoyed when it’s played loud! The release includes an instrumental version on the B-side.