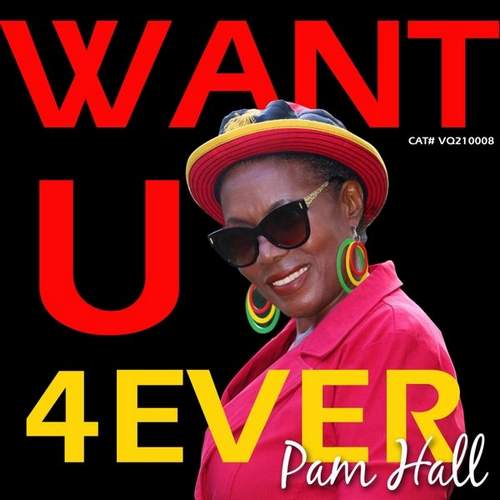 The Jamaican artist who is fondly referred to as ‘the musicians’ singer,’ Pam Hall, has delivered what many are calling a guaranteed hit. The song, which is titled “Want U 4ever,” is a Lovers Rock track that was released independently on the Virquarian Music label. On the record Pam Hall laments on her undying affection and desire for her love interest, with crafty lyrics penned by herself and Errol Wilson.

Pam explains her inspiration behind the record as follows: “The song was written by myself and Errol Wilson. It started from imagination and also picturing that kind of situation where a woman is the aggressor, expressing her secret crush and strong desire for a deserving man, but in a way that is not as raw or visual as we have gotten accustomed to. In her mind she is lyricsing di bredrin lol.”

The riddim for “Want U 4ever”, a relick of Dennis Brown’s 1977 hit “Here I Come”, is played by some of the biggest musicians in the reggae industry; Sly Dunbar on drums, Computer Paul on bass and keys, with Pam Hall also contributing on keyboard and bass. Harmonies were done by Pam Hall, her son Akil and her daughter Tafina. The track was mixed by Lynford ‘Fatta’ Marshall and mastered by Chris Daley.