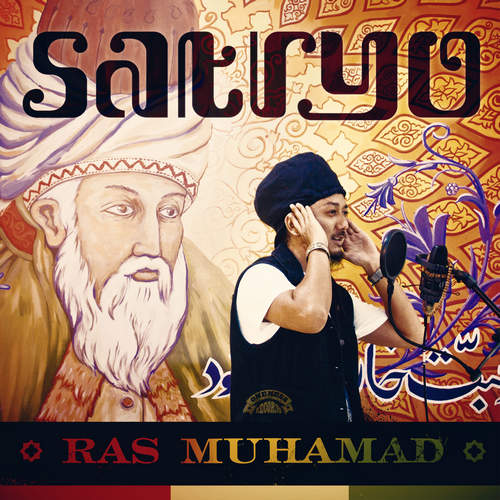 With a career spanning nearly two decades, a published book, and six full-length albums under his belt, Ras Muhamad has released his latest studio album entitled “Satryo”, which is available on all major digital platforms.

“Satryo” is a project that was three and a half years in the making and is produced by Munich-based label, Oneness Records. On “Satryo”, Ras Muhamad also takes on the roles of co-composer and co-producer. The 14-track album tells the story of a broken man and his healing process. Full of emotive content, the project is best experienced as a whole, from start to finish.

The music on “Satryo” features a diverse range of sounds, from AfroPop to Dancehall, Hip-Hop, Rock, Funk, Acoustic, 1960s vintage and symphony orchestra. It offers the listener a dynamic sonic journey. Accompanied by lyrical themes that deal with grief, vulnerability, fame, self-doubt and self-empowerment, it is Ras Muhamad’s most honest work to date. On “Satryo” Ras Muhamad is joined by a solid cadre of international guest artists, namely Tóke, Million Stylez, Cali P, Promoe, Kelissa, and Tippa Irie.